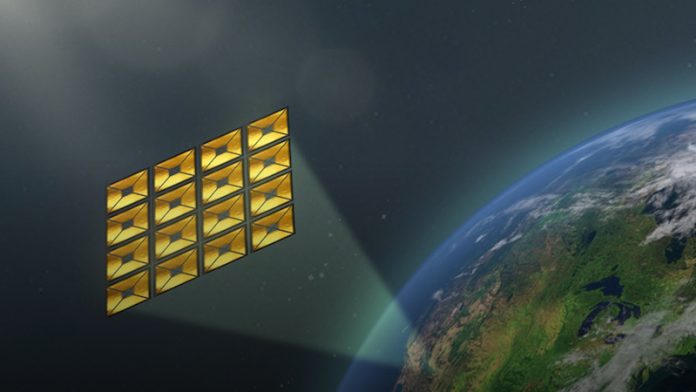 A NASA solar system could soon generate energy in space and send it to earth. The US wants to launch a satellite with a gigantic solar panel into space.

Solar energy has great potential to sustainably decarbonize our power grid. After all, the sun is considered to be an almost inexhaustible source of energy. Nevertheless, the technology has a big catch: at night or in bad weather conditions, little or no energy flows into the power grid.

NASA and researchers from the California Institute of Technology in Los Angeles want to solve this problem soon. They aim high for this. Because compared to our planet, solar energy is unlimited in space. There is no day or night there. The sun shines continuously.

Solar array in space is designed to provide uninterrupted power

However, the researchers still have to overcome a number of hurdles before they can actually use it. Although there are now some materials that can be used in space without any problems, it still requires a panel that must meet three conditions.

For space, the solar system must be light, easy to transport into orbit and capable of converting the incoming energy. Because the energy must also reach the earth. The solar panels have to convert them into microwaves and then send them bundled to our planet. This requires ground stations, which in turn generate electricity from the microwaves.

The first prototype could start as early as December

The approach initially sounds futuristic. Nevertheless, a first prototype should probably start in December. The project participants have been working for over ten years on the panels, which are the size of a slice of bread but when put together take on gigantic proportions.

With this approach, numerous space solar parks could be created in the future. So maybe one day there will be structures floating in space that are thousands of square meters in size. Then covering our electricity needs would no longer be a problem at all.