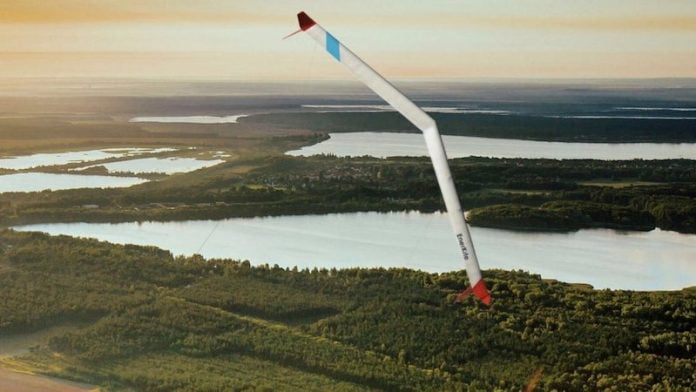 A kite could play an important role in the energy supply of the future. At least when it comes to the East German start-up Enerkite. Because the system should generate twice as much energy as classic wind turbines.

When it comes to generating sustainable energy, engineers seem to have no limits when it comes to creativity. There are now many interesting approaches to solving the energy problem of the future. In addition to the classics such as wind, water power and solar systems, kites are now also coming into play. At least when it comes to a German company.

Specifically, it is about the idea of ​​the East German start-up Enerkite. The company’s creative minds have developed a kite that is supposed to convert wind into energy at higher altitudes. In terms of the general functionality, there is hardly any difference to the classic kites that almost every one of us has probably flown at some point.

But how can a kite be used as a power plant? The principle works as follows: The kite climbs to a flight altitude of around 200 to 300 meters. Wind forces act there, which are converted into electricity by a generator. This is on the ground and also serves as a base for the sustainable kite.

According to the figures from the start-up, the technology delivers twice as much yield as conventional wind turbines. Compared to photovoltaic systems, the kite performs even better. About five times as much energy should jump out here. At the same time, the use of raw materials decreases.

Wind energy: more power with less use of raw materials

If you use the kite instead of a wind turbine, you need about 90 percent less raw materials. What initially sounds like an interesting concept does not have to be far in the future. Because the first test phase is now complete. The system is apparently about to be ready for the market.

At the beginning, the kite will again be available in three sizes. A 100-kilowatt system for mounting on a truck, a permanently installed 500-kilowatt system and a 2,000-kilowatt system. According to the manufacturer, the price per kilowatt hour is between four and twelve cents and is therefore already competitive.