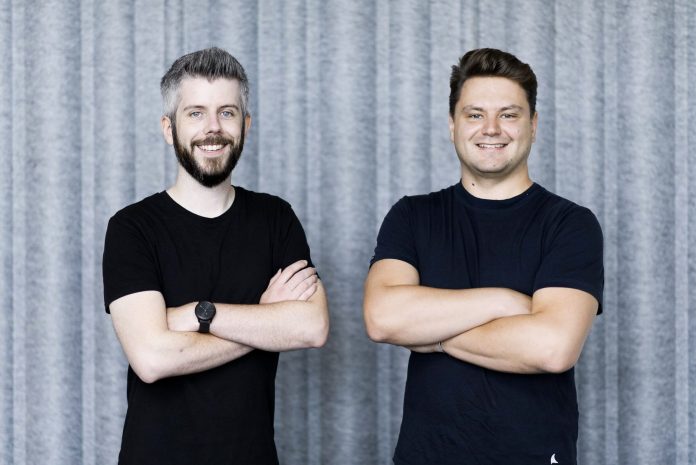 For a long time, the topic of solar systems was always about single-family houses. Because it is so complicated to distribute and bill for solar power in apartment buildings. Metergrid wants to help with that.

Stuttgart, winter 2019. Nothing is going so well for Julian Schulz and Martin Lowinski. Your fintech startup is struggling badly. What about Blockchain and Ripple. Needless to say, because the whole thing doesn’t really want to fly anyway. In addition to the already lousy mood, the heating in her small office also fails. And the walls are starting to mold. “That was an absolute low point,” says Schulz in retrospect. And at the same time the start of a new, better chapter.

When the landlord takes a look at the problem with the heating, he chats a bit with the founders. What are they doing, he asks. And then says: “Now I’ll tell you what’s a huge topic for a startup: solar systems for apartment buildings.” As the landlord of ten apartments, he wants to do something like this on the roof of his house, but there is no one solution.

In fact, it is more than complicated: if someone like the landlord of the two Stuttgart residents wants to build and operate a solar system, they become a de facto electricity supplier. As such, he is obliged to set up a so-called measurement concept. He needs special measurement technology, i.e. devices that count the solar power produced and consumed, and he needs a delimitation of the data. So, which tenant consumes how much? Accordingly, he must submit individual invoices to his parties individually. He needs his own bookkeeping and documentation of it that is as complete as possible. “I’ve often had to justify myself to investors that the flow of tenants is legally so complicated,” says Julian Schulz. “But that’s not my fault.” Better: He and his co-founder Lowinski can do something about it.

“To be honest, I was skeptical at first. found again? But Martin, as a techie, just got started and dealt with the potential of tenant electricity in a structured way,” says Schulz. And looking back, he believes, “Apart from the fact that the timing was good, like before the energy crisis, I think that was the key success factor for us: resilience.”

Since the beginning of the year, Schulz and Lowinski have had a marketable product with Metergrid, a solid B2B Saas business model and they have already turned the first customers into electricity suppliers for their tenants. They want to implement several hundred projects in the coming year.

Metergrid’s target group are private landlords with five to twenty residential units, smaller real estate companies and homeowners’ associations. They all come to Metergrid with the decision to install a PV system – and the startup takes over from there. From coordinating with the regulatory authorities to arranging a solar installer and then, after the installation of the system, equipping it with suitable measuring technology in the form of hardware (i.e.: electricity meter or reader) and software (which ultimately spits out invoices for each individual tenant) – Metergrid does it all. “We form them entire value chain,” says Schulz in the finest startup language.

“And the nice thing about the business right now is that we are inundated with leads,” the founder continues. “We are now heading towards 150 customer inquiries per month without doing any significant marketing.” And although there are also other providers in the tenant electricity market, most of them tend to turn to larger property managers. The green energy supplier Polarstern from Munich, for example, has a tenant electricity solution in its range. Einhundred Energie from Cologne positions itself as a “digital service partner for scalable tenant electricity”, but also addresses companies that rent real estate rather than private landlords.

With or without competition, demand remains high: the climate and energy crisis is playing into the hands of the Metergrid founders – and politics is doing the rest. According to Schulz, while there has been a lot of talk in recent months about the promotion of solar systems on the roofs of single-family homes, it has always been clear that the focus must also be on apartment buildings. And indeed: In some federal states, such as Baden-Württemberg, Hamburg or Berlin, there is already a PV roof requirement for new buildings. In Baden-Württemberg, this also applies to the renovation of existing properties.

Last but not least, Schulz argues, tenant electricity quickly pays off financially: the more energy prices rise, the sooner the PV system and tenant electricity management pay for themselves. After around ten to fifteen years, landlords would make a return on their solar power.

With their new startup, Schulz and Lowinski have convinced investors, are in the seed phase, looking ahead to the next round of financing. Everything looks fine. Wouldn’t they have thought three years ago in the cold mold booth. Luckily they just did it anyway.