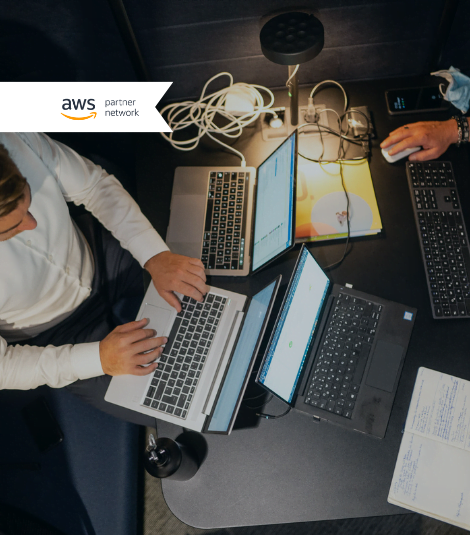 Since DB Regio Bus ITK maintains its own asset register (source system), it is necessary to synchronize this register with the central register of Deutsche Bahn (destination system).

The implementation of this requirement requires the development of a new process and a new application.

The following challenges arise for the implementation:

Division into test and productive operation:

The implemented CI/CD pipeline based on AWS CodePipeline, CodeCommit, CodeBuild and CodeDeploy enables fully automated deployments in both environments. Unit and integration tests of the application artifact within the CI/CD pipeline are also automated. After successful tests, a Docker image is automatically created and stored in AWS ECR.

Automatic updates of the ECS service:

As soon as a new image has been created, this new version is rolled out fully automatically using CodeDeploy on AWS Elastic Container Service (AWS ECS). AWS ECS now ensures that the latest version of the application is automatically used on the next trigger (see below).

The workload can be implemented as a so-called batch workload: data is read from the source database, converted within the application according to the requirements and transferred to the target system. After all records have been processed and transferred, there is no reason to keep the application “running”.

For this reason, AWS ECS was chosen as the service is best suited for batch workloads. Based on an AWS CloudWatch event trigger, the application is launched every day at a previously defined time. After all data records have been processed, the application is automatically stopped and only restarted by the next trigger.

This reduces the cost of the implemented solution by about 10 times compared to an architecture based on AWS EC2.