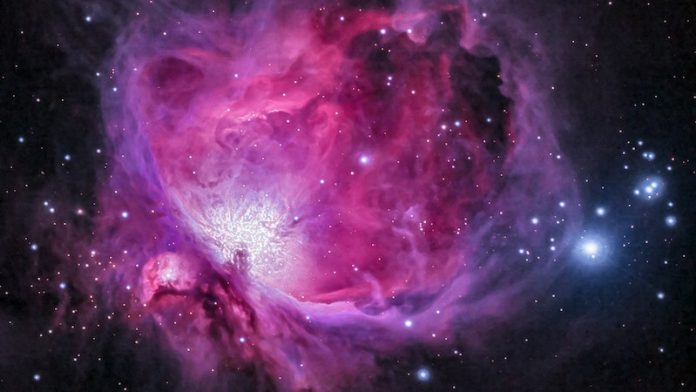 NASA presents the first color images from space by the James Webb Telescope. In addition, the agency begins scientific projects to study the evolution of galaxies.

On Tuesday, July 12, 2022, at 4:30 p.m. German time, the US American Space Agency NASA will publish the first color images from the James Webb telescope. This is according to a press release from the agency.

Like the news agency Reuters reports, NASA has deployed various components of the telescope, aligned mirrors and calibrated instruments over the past six months. Now it is finely tuned and in full focus. This allows NASA to start various scientific projects in addition to recordings from space.

As the New York Times (NYT) writes, one of the test images consists of 72 exposures over 32 hours. This makes it one of the deepest views of the universe. For several weeks, NASA worked on the development of the images from space. They should show which data and impressions can be delivered by future scientific missions.

Last week, NASA also released a list of the five subjects chosen for the James Webb Telescope’s first presentation. Two nebula clouds and huge clouds of gas and dust thrown into space by star explosions will therefore be visible in the images.

In addition, NASA will also present the first spectrographic analysis of an exoplanet. It is about half the size of Jupiter and more than 1,100 light-years away. “What I saw moved me as a scientist, as an engineer and as a person,” said NASA Deputy Administrator Pam Melroy.

The $9 billion telescope has been in space since December 25, 2021. A month after launch, the instrument reached its gravitational parking spot in solar orbit. Since then it has been orbiting the Sun in tandem with Earth at a distance of around a million miles.

In contrast to the Hubble telescope, the James Webb telescope works mainly in the infrared spectrum and is 100 times more sensitive than its predecessor, which is 30 years older. “Webb” has a primary mirror consisting of 18 hexagonal segments made of gold-coated beryllium metal.

In turn, NASA can use it to see objects farther away and further back in time than Hubble has ever been able to. Thanks to its infrared sensitivity, the telescope can also detect light sources in space that would otherwise be obscured by dust and gas.

According to NASA, the Webb Telescope is the largest, most powerful, and most complex space telescope ever made. It was named after former NASA administrator James Webb.

According to the NYT, the Webb telescope images are breaking astronomical records. They show colors that no human eye has ever seen. “It’s really hard not to break records with this telescope,” said Thomas Zurbuchen, NASA’s deputy administrator for science missions.

The instrument could also provide a first glimpse of young galaxies that formed just 100 million years after the Big Bang. It is also possible to observe the theoretical flash point that started the expansion of the universe around 13.8 billion years ago. In addition, NASA can use the device to search for signs of potentially habitable atmospheres.

Before the official publication, US President Joe Biden showed a first image of the Webb telescope as a preview of the upcoming presentation on Monday evening, July 11, 2022. On Tuesday, July 12, 2022, NASA will then show the telescope images from space via live stream at 4:30 p.m.