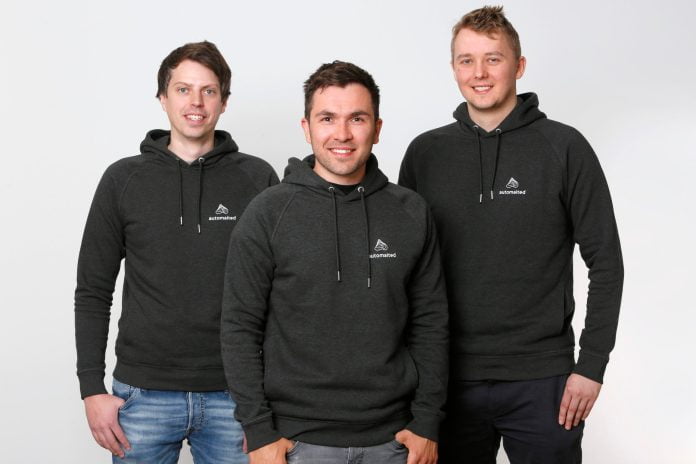 The Cologne startup Automaited just wants to make all this annoying stuff disappear. With software that, firstly, uses AI to recognize recurring usage patterns and, secondly, automates these activities. And without the need for a programmer. So, as they say, no code.

Well-known investors believe in the concept: In April 2022, the software startup completed a seed round of four million euros. The Berlin-based venture capitalist Headline, which has stakes in Sonos, Sorare, Bumble and Gopuff, among others, is leading the round. Early-stage investor Northzone also got on board, and existing investors Visionairies Club and TechVision Fund followed suit.

The bots do the dirty work

What Automaited does falls under the term Process Mining: The software crawls deep into the processes within a company to see where things could be done faster, better, easier. Denis Golovin, CEO and one of the three founders, explains it in an interview with Gründerszene: “We automate work steps by finding patterns in work processes and generating bots for these patterns in the background.” It can be very small things, for example that you in an internationally operating company has to manually convert American to German date formats again and again in order to then be able to feed data into Excel or SAP. Monkey work, as they say. Automaited can take care of that.

“In addition to tangible patterns such as addresses or the date, the automated assistant can also learn a large number of abstract and generic patterns,” Golovin continues. For example, he can see that the first letters of a serial number processed by the user are transferred to a specific field in SAP and all remaining letters of the serial number have to be copied to another field. “These abstract patterns are so numerous and variable that a human programmer could not represent them economically.”

At the beginning, the Cologne-based company concentrated on use cases in the areas of sales and administration. Annoyance is concentrated here, for example when processing address data or when managing customer information. “Because the patterns are so generic, they appear in a variety of verticals and processes,” Golovin says. “In the case of municipal utilities, for example, these are often found in the departments that deal with invoice corrections, entries of different invoice recipients or generally with the housing industry.”

He comes up with the example of Stadtwerke Bonn because Stadtwerke Bonn is one of the first customers of the startup. People there often spend a significant amount of their time transferring data from Excel spreadsheets to their ERP system (e.g. SAP), a task that other software vendors are not yet able to automate, according to Automaited.

In fact, other startups have already taken on the stupid office work: The Berlin startup N8n, for example, received half a million euros from Sequoia in the summer of 2020 for software that is also supposed to automate recurring work by itself.

“By democratizing access to AI, we enable every employee to automate their repetitive workflows and focus on the most important aspects of their work,” says Golovin. His startup thus contributes both to increasing productivity – which is what companies get from it – and to continuously improving employee satisfaction. Up to twelve hours of stupid work per employee per month could be saved. The question then, of course, is what the employees then do with the saved twelve hours.

This article first appeared in April 2022.