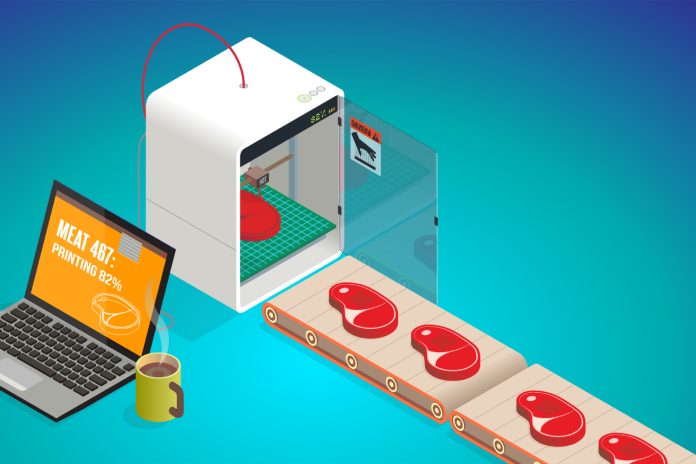 German founders are also working to advance the meat revolution. But when exactly is the time and which start-up companies and technologies do you need to know?

meat or no meat? When meat eaters and vegetarians meet, heated debates quickly develop. The facts – that methane from the meat industry is a climate killer, animals suffer for our consumption, antibiotic resistance develops or arable land for plant-based food is becoming scarcer – often play less of a role. And although plant-based meat alternatives are increasingly present on supermarket shelves and their sales are growing in the double-digit percentage range, meat consumption is only falling minimally.

In order to persuade meat fans to choose alternatives, the taste must convince, not the debate behind it. And since meat consumption is hardly decreasing, soy, wheat and co don’t seem to be a serious taste alternative. A solution to this problem could be what is known as in-vitro meat. These are flesh cells that are grown in the laboratory from stem cells. Because animals and the environment suffer less or not at all, depending on the type of production, it is also often referred to as clean meat.

According to a report in the Handelszeitung(+), around 80 startups and companies are now working on such products. Such as the Leipzig startup ALife Foods, which is working on a schnitzel made from cultured meat and vegetable proteins and obtains its cell cultures from Lab Farm Foods in the USA. By 2025, the laboratory meat alternative from the German start-up could be on the market. According to the company, it should be by 2027 at the latest. To do this, it works together with the spice company Fuchs.

Regulatory hurdles and high costs for approval of laboratory meat

In addition to the technical challenges, the startup also mentions regulatory ones to the Lebensmittelzeitung: In-vitro meat must be approved by the EU Commission as a novel food. Alife Foods co-founder Bernd Böck told the newspaper that the application required for this would take 18 months. But sometimes it is two to three years or longer. In addition, costs in the high six to mid seven-digit range can be expected. The founder estimates that by 2040, around 30 to 40 percent of the world’s meat will be cell-based.

Many of the relevant players in this industry come from the USA, the Netherlands or Israel. According to the Lebensmittelzeitung, in Germany there is also the Wiesenhof parent company PHW, the Iglo parent Nomad Foods or the startup Innocent Meat from Mecklenburg-Western Pomerania, which acts as a technology provider.

Two Germans work on 3D meat printing in the Valley

Two Germans are also currently working on a meat alternative with their startup Mooji Meats. The company is currently part of the renowned US accelerator Y Combinator. The founders Insa Mohr (Ex-BCG) and Jochen Müller (Professor at Johns Hopkins University) are taking a slightly different approach than their competitors: They have developed a 3D printing process that converts both plant material and laboratory meat cells into “real” Meat products such as steaks can print. Because not only the basic material has to be right, but also the consistency, according to the founders.

Meat from the printer is not a novel approach. Mooji wants to set itself apart from the competition with a printing technology that relies on several instead of just one so-called nozzle – that’s the name of the print heads from which the material comes. This should be “several hundred times faster” and cheaper than the competition, the startup told the Gründerszene. According to the company, a prototype will follow in the coming months. The finished meat print needs more than a year to be ready for the market.

Mooji Meats was recently able to collect the equivalent of around three million euros in a financing round, including from The Good Startup and the Collaborative Fund, which have already bought into the meat substitute companies Impossible and Beyond. The new funds will be used to advance the technology at Mooji and hire employees, especially developers, as the company tells Techcrunch.

The meat revolution is coming, the makers agree. And if the taste is right, even die-hard fans will change their minds.