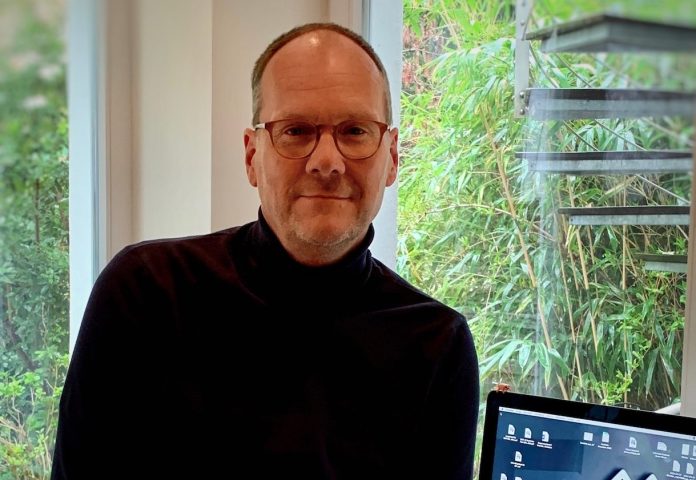 Anyone who enters “Onkels Büdchen” on Apostelnstrasse in Cologne already knows what they want to buy: a pack of Marlboro Red, a beer after work, a Cuban cigar or an ice-cream lollipop so that the child doesn’t whine on the way home. Owner Halit Sahin, known to everyone as “uncle”, greets regular customers with a firm handshake. He has been running his kiosk since 2019. 20 years ago the shop belonged to a relative who sold it in the meantime because the work was too much for him. “It’s not easy to run a kiosk,” says Sahin. “Your business hours are from 8 a.m. to 11 p.m., after that you have to take care of purchasing and accounting. That is only possible if you have family support.”

For the trained industrial clerk, taking over the shop was initially not an option. He had other plans and made his own protein shakes. Then he changed his mind: Sahin bought back the kiosk – despite the bleak business prospects.

The number of kiosks is steadily decreasing

According to the German Trade Association (HDE), there are fewer and fewer kiosks in German cities. The number of kiosks has dropped to almost 23,000 today, compared to 2,500 more ten years ago. “The problem is that kiosks are not taken seriously,” says Sahin, “they have to fight their way through the market because they don’t have any volume.” Added to this is digitization, which many small retailers cannot keep up with. Halit Sahin also initially placed his orders with wholesalers by telephone. He was not certain when the goods would be delivered.

Today the Cologne native uses the startup Magaloop. The app connects small retailers such as kiosks, late night shops and tank shops with wholesalers, suppliers and manufacturers by processing orders. To do this, kiosk owners can use the search field to enter the products they need, view current offers, compare prices from wholesalers, add goods to their order list and then select a supplier in their area.

Order via app free of charge for kiosks

Alternatively, kiosk operators can use their smartphone to scan the barcode on a bag of chips or a pack of cigarettes, type in the amount and forward it to the wholesaler. “This process used to take over an hour,” says Magaloop boss Uwe Holzer, who has been raising the startup in Berlin since 2018 together with Dawanda founder Michael Högemann. With the app, orders can now be completed in just a few minutes. Kiosk owners pay nothing for use. After registration, the startup only checks the business license and then provides a password.

The startup earns its money with manufacturers and wholesalers such as Metro, Lekkerland and Selgros. They present new products and place ads via Magaloop. The startup calculates commissions for the advertising space and for each article that is sold via the app. In general, Magaloop can provide manufacturers with important data. Because there is little information about sales and the offer in Spätis, the customer group has so far resembled a “big black box”, as Holz says.

In the meantime, it is possible for the industry to be close to kiosk visitors with their brands. “Around ten million customers walk through small shops every day – from schoolchildren to students to grandmothers. That covers the entire spectrum,” explains the former Metro manager. Of the more than 5,000 registered shop owners, more than 4,000 small retailers are currently actively using the ordering app.

The startup is not yet profitable. According to Magaloop, it was able to increase its sales to around five million euros last year. CEO Hoegemann and co-founder Högemann have also raised venture capital: the founders completed their most recent financing round of nine million euros in May. The early-stage VC Market One Capital and the European nutrition fund Foodlabs, which secured shares in the seed round, participated as lead investors.

Holzer and Högemann are already planning their next round, which is scheduled to run at the end of this year. “We want to grow continuously and sustainably in Germany, hyper growth is not our goal,” says Bäumer. In the future, their app will also be available in other European countries. Possible markets are Great Britain and Southern or Eastern Europe. In addition, the founders are working on setting up their own payment service in the app. “That brings us into the field of fintechs,” says Bäumer. Three weeks ago they would have received the approval of the Bafin.

With his payment service, Holz wants to solve the problem that small retailers often do not have a credit card. “Everything has been done with cash so far,” says the Magaloop CEO. “The suppliers collect the bills in a large Haribo box and take it to the wholesaler in the evening, who puts it in the safe. It’s like in the Middle Ages.” Similar to Klarna or Paypal, small retailers can now pay for their shopping cart directly in the app. Magaloop also handles payment transactions between manufacturers and wholesalers digitally.

War in Ukraine: Volume discounts are intended to relieve traders

As a result of the Ukraine war, not only the manufacturers but also the small retailers are massively affected by rising food prices – especially since they have hardly any room for negotiation due to the small order quantities. Even before the food crisis, the platform bundled the demand from kiosks in order to give them volume discounts. With the so-called “cashback” campaigns, retailers receive, for example, welcome gifts of more than 100 euros on first orders or have smaller amounts of euros credited to their customer accounts for the purchase of certain products such as Coca-Cola bottles. In this way, kiosk owners could earn up to an additional 500 euros a month, says Holz.

In view of inflation, the cashback offers would now doubly relieve traders. “Everyone tries to somehow negotiate fair payment for their products. We are all in a difficult situation at the moment,” says Bäumer. He has known the food industry for 30 years and has worked as a manager for Aldi and Metro, among other things. In addition to rising prices, Bäumer fears the supply of goods in particular: “I assume that the first beverage manufacturers will soon have bottlenecks.”

Holz has no worries about the future of the kiosk culture. During his previous business trips through Europe, Africa, India and Iran, the founder observed that there is hardly a place where family-run businesses do not exist. He therefore also believes that kiosks will not really die out. In general, the up-and-coming fast delivery services such as Gorillas, Flink and Getir would not be in competition with the mini shops. Woods: “The shopping carts in the kiosk are completely different, it’s all about impulse. If I want to have a beer, I don’t order from gorillas.”

According to the German trade association, customers most frequently buy items for short-term needs such as tobacco products, sweets and ice cream, newspapers and drinks. In order to be able to distinguish themselves as local shops, kiosks would now also expand their range to include gastronomy offers, fresh articles or frozen goods. “The small convenience stores are the only format that continues to grow,” says Holzer. “Nobody wants to do without their little shop around the corner because it’s more than just a place to shop. It’s a meeting place where you can chat and pick up your parcels.” The HDE, on the other hand, sees the risk that the market will become tighter and only professional operators in busy locations will be successful in the long term.

Büdchen owner Halit Sahin, who runs his shop in downtown Cologne, could be lucky. By selling his rare cigars from Cuba and the Dominican Republic, Sahin has long since earned his USP. He keeps the fragrant tobacco in the glass case next to the counter – well locked. When he travels to Turkey for three weeks in the near future, he won’t have to worry about his food supplies. “I just pre-order via the app. My employees accept the delivery.” But he still has one wish: “Magaloop kiosk dealers should also advise on legal regulations.” That would have helped him when he had to convert his POS system.