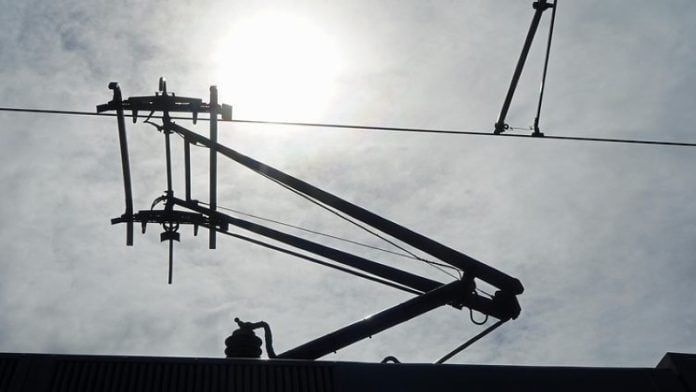 Deutsche Bahn (DB) has started building overhead contact line islands in Schleswig-Holstein. In the future, they will charge battery trains while they are in motion. With the construction measure, the transport company wants to save ten million liters of diesel fuel per year.

Saving fuel and reducing CO2 emissions: When it comes to mobility, these are two of the most important factors for innovation. Because Deutsche Bahn is also trying not to be left behind in the race for climate targets, the group has now started building overhead contact line islands. In the future, they will charge so-called battery trains on the go.

Battery trains charge themselves while driving

According to Deutsche Bahn, the battery trains enable green and electric driving – even on routes where there is not a continuous overhead line. Because the electric multiple units have a rechargeable battery on board.

On sections of track with overhead lines, the batteries are charged via the pantograph. In this way, they can also continue to drive on non-electrified routes on which only diesel vehicles could previously drive. “Thanks to green electricity, the new battery-powered trains can even run locally without emissions,” says Deutsche Bahn.

However, to ensure that the battery trains are always sufficiently charged, DB must guarantee the necessary charging infrastructure and power supply, especially on long routes with so-called catenary islands. Therefore, the railway has now started building the islands.

The motto of the construction project is: “Island hopping for more climate protection,” writes the group in an official statement.

The overhead line sections are only a few hundred meters to a few kilometers long. Trains that pass them charge their batteries on them and then use the charge to travel to non-electrified sections.

The battery trains should be able to cover more than ten million kilometers of train traffic electrically as a result of the construction work. That saves ten million liters of diesel fuel per year, according to DB.

The new infrastructure will initially be created in Schleswig-Holstein. Deutsche Bahn has to build more than 30 additional catenary masts in the Kiel and Büchen stations.

By the end of 2023, the group wants to set up the first overhead line islands on the west coast of Schleswig-Holstein in Heide, Husum and Tönning. In addition, the company has to build charging substations to feed in the traction current.

After the construction of the overhead line islands in Schleswig-Holstein, DB wants to expand the system to other locations. Next up is expansion in southern Rhineland-Palatinate and in the Rhine-Ruhr region.

Deutsche Bahn wants to be climate-neutral by 2040. The company is also helped by such creative solutions as the overhead contact line islands for battery trains, according to DB Infrastructure Board Member Berthold Huber.