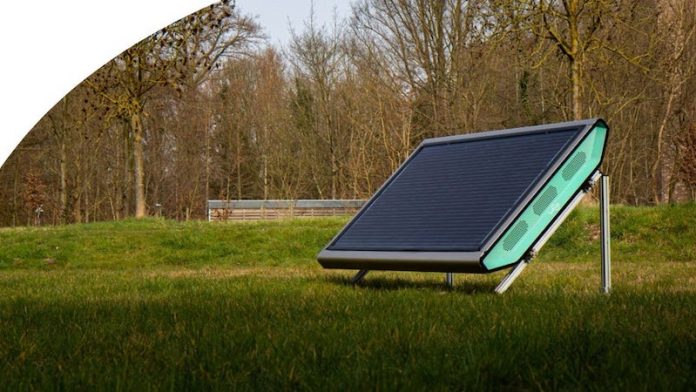 Two researchers from Belgium have developed a solar system that can apparently produce hydrogen instead of electricity. The source of this is both light and air. After ten years of research, it should soon be ready for the market.

In recent years, one energy carrier has proven to be increasingly relevant: hydrogen. Many processes can be electrified in a sustainable manner. However, electric drives reach their limits in industry and in heavy transport.

Hydrogen could be the solution and also has the advantage that it does not produce CO2 as a by-product, but in this case simple water. So far, however, there has been a significant problem: it is not that easy to produce sustainable hydrogen. Only green electricity should be used for production.

A possible solution is now coming from researchers at the University of Leuven in Belgium. They developed a solar system that produces hydrogen instead of electricity. The special thing about it is that the technology should be available soon.

The panel absorbs the ambient air because it contains water molecules. Meanwhile, it converts the incoming sunlight into energy and splits the water into hydrogen and oxygen. A pipe system then transports the hydrogen away. Pure oxygen remains.

Up to 250 liters of hydrogen per module per day

The efficiency of the panel is around 15 percent. This also corresponds to other commercially available systems. According to the manufacturer, under normal circumstances, a module can produce up to 250 liters of hydrogen per day. And even in the desert, the conversion apparently still works. But there are also caveats.

Critics say the focus should be primarily on electricity. At the same time, the question arises as to how secure the technology is. Because hydrogen is highly flammable and quickly becomes a fire hazard. However, the researchers say that the system is as safe as using natural gas.

In combination with a fuel cell, every household could then decide for itself whether the panel should be used for energy or fuel production.