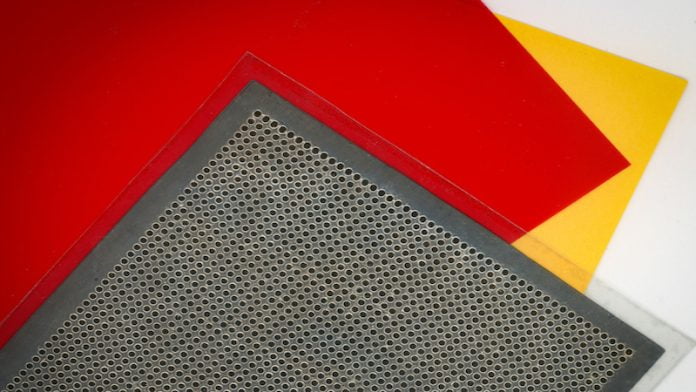 Researchers at the US Massachusetts Institute of Technology (MIT) have invented a new ultra-thin flexible speaker. The device can turn any surface into an audio source and consumes minimal energy.

A loudspeaker as thin as paper: This idea became reality thanks to the invention of engineers at the Massachusetts Institute of Technology (MIT) now a reality in Cambridge, USA.

The team led by lead author Jinchi Han published the research work in the digital library “IEEE Explore”. In addition, MIT presented the flexible thin-film device in a press release. Accordingly, the wafer-thin speaker can transform any rigid surface into an active audio source.

This is how the MIT speaker works

The thin speaker is about the size of the palm of your hand and weighs as much as a dime. The sound of the speaker is high-quality and only minimally distorted. In addition, the sound quality is independent of the surface on which the device is attached.

The developers at MIT use a thin piezoelectric material for the loudspeaker. If a voltage is applied to it, it moves. This in turn causes the air above it to move and thus produces a sound.

Of course, this means that the foil must theoretically be able to move freely. But that is difficult if it sticks to a substrate. The MIT team solved this problem by attaching tiny domes to the thin material. Instead of the whole foil, only the individual, tiny domes vibrate.

In comparison, an average home speaker uses more than a watt of power to produce a similar sound pressure level at a comparable distance.

“We are able to precisely generate mechanical air movement by activating a physical surface that is scalable. The possibilities of using this technology are limitless,” says Vladimir Bulović, co-author of the research paper.

Thin speaker with many uses

Because only the tiny domes vibrate and not the entire foil, the speaker has such a high resonant frequency that it can be used effectively for ultrasonic applications, explains lead author Jinchi Han.

It is therefore conceivable that MIT technology could also use ultrasound to detect where people are in a room – similar to how bats do it. This means that the thin speaker could be used for display technologies in the future, for example.

However, the developers at MIT could also imagine that the flexible device could be used for immersive entertainment, such as for 3D sounds in theaters or theme parks.

Simple production but not yet ready for the market

In addition, the wafer-thin speaker could also be installed inside cars or airplanes. The device could produce tones with the same amplitude but opposite phase. Thus, the speaker could actively suppress loud noises.

Because the device is easy to manufacture, the thin speaker can be mass-produced. However, MIT has not yet revealed when it will actually be launched.