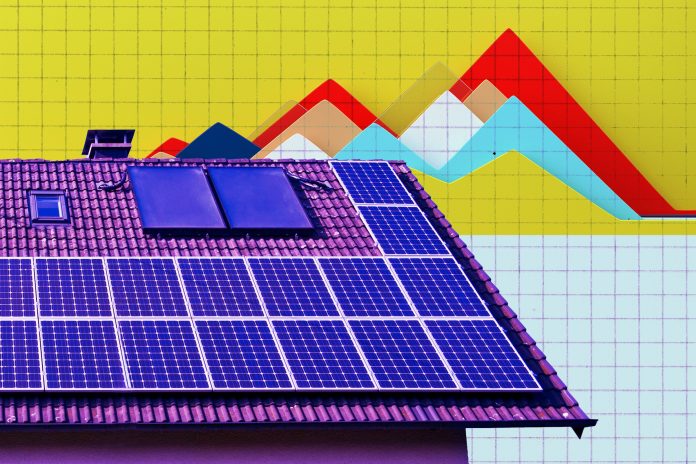 By the time the German phase-out of coal in 2030, 80 percent of the electricity should come from renewable energies. This also gives the solar industry, which has been declared dead, a boom.

Ten years ago, the solar industry in Germany was still on the ground. Cheap solar modules from Asia pushed out the products from “the Solar Valley” in the former chemical triangle of the GDR. Many companies, which were also created with the help of state aid, had to file for bankruptcy or were sold abroad. But now the situation is completely different. The business climate in the German solar industry is better than ever, because countless homeowners want to switch to a solar system for power generation or as a heating system against the background of rising energy prices and the climate crisis.

The comeback of the solar industry is also attracting investors. The most recent example is the Berlin start-up Zolar, which recently raised more than 100 million euros in a financing round. The company, founded in 2016, offers a digital configurator that customers can use to either buy or rent the right photovoltaic system for their home. The modules come from Germany, but also from South Korea or China. The installation is then carried out by local craftsmen who are mediated by Zolar.

With the fresh capital, Zolar founder Alex Melzer wants to expand the company’s app with an energy management system that also takes dynamic electricity tariffs into account. This should allow the system to recognize, for example, the best time to charge an e-car and then start the charging process automatically. In addition, Zolar wants to expand the cooperation with the installation companies and train additional craftsmen.

According to the German Solar Industry Association, there were around 2.2 million solar systems nationwide at the end of 2021 with a total output of 59 gigawatts peak – this is the usual unit for the maximum output of the systems under standard conditions. Last year alone, 235,600 systems were added. According to the association, a total of 50 terawatt hours – i.e. 50 billion kilowatt hours – of solar power were generated in Germany in 2021, covering ten percent of the public electricity supply.

Zolar founder Melzer sees a future for the expansion of solar energy that goes far beyond these figures: “Our goal is to supply ten million households in Europe with either a solar system or renewable energy by 2030,” he said.

However, when it comes to implementing these ambitious goals, Zolar and the other companies in the industry are encountering obstacles. On the one hand, there are currently not enough craftsmen who are able to install solar systems. The industry is also struggling with difficulties in the supply chain.

It is true that many of the factory buildings in Solar Valley and at other production sites that had been vacant in the meantime have been put back into operation. However, important components such as inverters or battery storage are always difficult to obtain, the trade association for electrical and information technology reported on the specialist portal haustec.de. Sometimes the aluminum substructures or so-called end clamps are missing. And the smart meters required for dynamic electricity tariffs are also hardly available.

“The solar industry is not immune to bottlenecks in the global supply chains and in craftsman capacities as a result of the corona pandemic,” said Carsten Körnig, General Manager of the German Solar Industry Association. Nevertheless, according to data from the Federal Network Agency, the industry managed to install around 30 percent more solar power systems in the first quarter of 2022 than in the same period last year.

Since the demand for solar systems has risen sharply again in recent weeks as a result of the war of aggression against the Ukraine, those interested in solar technology have to be prepared for longer waiting times, said Körnig. “We are confident that the delivery situation will ease in the coming months, but at the latest in the course of 2023.”

The large surge in demand, which was already apparent in 2019, also prompted the industry giant Meyer-Burger to invest on a large scale in the Solar Valley in Saxony-Anhalt and Saxony. A year ago, the Swiss plant manufacturer built two new factories for solar cells and modules in Bitterfeld-Wolfen and in Freiberg for 145 million euros. The fact that the higher wages in Germany no longer have a significant impact on the costs also played a role in the investment because machines do a significant part of the work. Nevertheless, many new jobs are being created in Solar Valley, up to 3,500 jobs at Meyer-Burger alone.

Photovoltaics “Made in Germany” also became competitive again with the help of technological innovations, such as the combination of the latest generation of solar cells with a new type of connection technology (“Heterojunction/SmartWire”). This significantly increases the output of the modules used, while at the same time electricity production costs, i.e. the costs of conversion, are reduced, the solar company explained. Homeowners benefit directly from this.