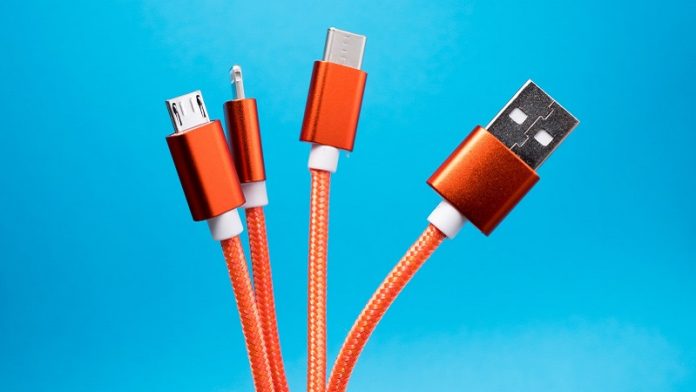 After years of wrangling, Apple has finally approved the USB-C connector. But will there really be iPhones with a new charging socket from 2024? The answer is a resounding yes. We present three possible options and future visions for Apple.

From 2024, Apple also wants to introduce the USB-C standard for iPhones. This also means the end of a year-long dispute between Apple and the European Union. Until recently, the company from Cupertino, California, had successfully resisted the standardization of charging cables.

Are iPhones really getting a USB-C port?

As promising as Apple’s announcement sounds – and as happy as many consumers may be when they first read the news: It is by no means certain that the company will really introduce a USB-C connection across the board.

The reasons for this are obvious and understandable after a moment’s thought. But what could the future look like for Apple fans and iPhone owners? We outline three possible scenarios for the future of charging cables at Apple.

1. Apple manufactures its own iPhones for the European market

The first option seems a bit confusing at first glance. However, it is quite possible that in the future Apple will only equip its iPhones in the European market with the mandatory USB-C connection.

With a market share of around 24 percent ($95 billion) of Apple’s total sales ($394 billion), the European market is not insignificant enough to ignore completely in the future.

A slump in sales of almost 100 billion US dollars a year cannot be compensated for even by a mega corporation like Apple without major problems. Therefore, one possibility could be to launch a separate series of iPhones for Germany, Italy and Co. – and not to change the rest of the world.

The second option involves significant effort for Apple. After all, all iPhones around the world would have to be equipped with new connections by a certain date – probably as early as the next iPhone generation in autumn 2023.

At the same time, however, Apple would have to continue to produce and make available classic Lightning cables, since numerous iPhone generations depend on the charging technology. An adapter solution is cumbersome and probably does not meet Apple’s requirements.

If you consider that the new iPhone 14 from autumn 2022 will be used by some users for at least five, if not even ten years, the company is facing considerable additional work.

3. Apple completely dispenses with the USB-C connection and relies on wireless charging

The third and last vision of the future seems the most plausible. Apple has been working on wireless charging technology for several years. The latest iPhone generations can be charged with a cable or contactless.

The logical step would therefore be that Apple never introduces a USB-C port on iPhones. Instead, Apple is removing the charging port entirely and opting for wireless charging.

This brings several advantages. On the one hand, Apple does not have to find a hybrid solution for the European market or annoy all Apple users around the world with even more charging cables. On the other hand, Apple is once again setting a technical accent with a switch to wireless charging.

That’s something that Apple has been less able to do in recent years. In this way, the competition for Samsung, Huawei and Co. could once again be put under pressure.

We will probably find out how Apple finally decides when the new iPhones are presented in autumn 2023 at the latest. At the moment, however, it looks like there are ways and possibilities for Apple to skilfully circumvent EU legislation.

The worst case for European users would be that Apple completely breaks away from the European market and leaves the market to the competition. This sign would be fatal from a consumer perspective. At the same time, it would show that the political options for regulation are too small.