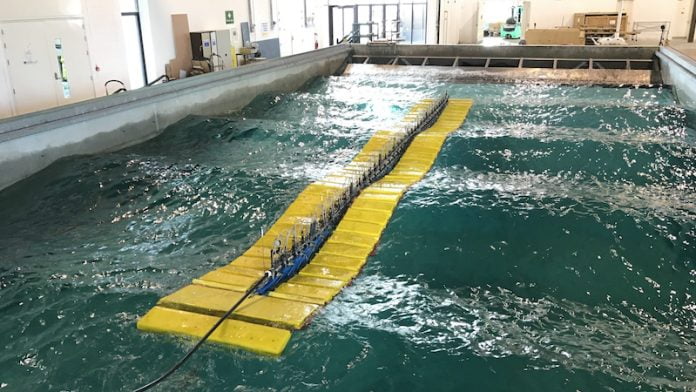 The British Cypriot company Sea Wave Energy Limited has developed a wave power plant that generates electricity through wave movements. Visually, the power plant is reminiscent of an air mattress floating in water.

How will we generate our energy in the future? Many people probably think of solar and wind energy or hydroelectric power plants. But one technology is now becoming increasingly established: wave power plants. For example, off the coast of Australia there is a wave power plant that supplies an entire island with electricity.

With the so-calledWaveline magnet traces the British Cypriot company Sea Wave Energy Limited (SWEL) took a similar approach. The aim is to one day generate sufficient electricity from our waters. Wave movements should in turn serve as a source of sustainable energy.

So far, SWEL has already tested the power plant in water tanks and on the open sea. Several attempts have already passed since then. Meanwhile, the wave power plant produces a significant amount of energy at low cost. The way the power plant works is relatively simple.

The system consists almost exclusively of so-called floating bodies. These float in the water and move up and down continuously due to the waves. A generator attached to the erectile tissue then converts the kinetic energy into electricity.

An output of 100 megawatts is possible per unit. For comparison: That is about as much as 333,000 solar systems with a nominal output of 300 watts generate.

Wave power has many advantages

In addition to the energy yield, the company advertises many other advantages. The raw materials for the systems come from recycled materials. At the same time, the operating costs are relatively low. This is also due to the exceptional stability of the system. Nevertheless, the wave power plant is not yet freely available.

But that is set to change in the foreseeable future. Then the system could be used worldwide and contribute to the power supply. The electricity mix of the future does not only consist of solar parks, wind or hydroelectric power plants. But probably also from wave power plants.