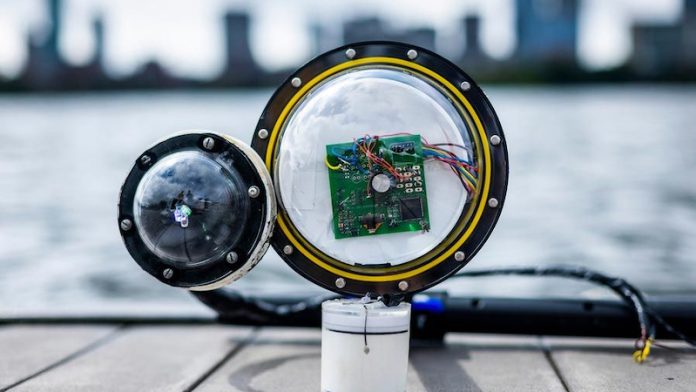 Researchers from the Massachusets Institute of Technology (MIT) have developed an underwater camera that works without batteries. It only requires ambient noise for operation.

When it comes to our planet, a lot is still new territory. Although the exploration of landmasses is considered to be relatively advanced, 95 percent of the oceans are still unknown. This is also because we lack the technology to explore remote locations. But a new development from MIT could soon change that.

Because the researchers at the university have developed an underwater camera that works without a battery. It is true that modern cameras actually require a continuous flow of electricity. But even that is not so easy if you want to take photos in the deep sea. But how can a camera work without batteries?

Underwater camera is powered only by sounds

To do this, the researchers made use of noise waves. Small energy converters are located around the camera housing. They pick up sound while each sound wave exerts a certain force on the transducer. This then converts the mechanical energy into electrical energy.

So the camera is powered only by noise. It doesn’t matter where the noise comes from. But how can photos be taken in the mostly dark deep sea? Three colored LEDs are used: red, green and blue.

For a photo, the camera shoots three images colored by the LEDs. Since these three colors form the basis for every other color, a color photo is created when the three individual images are put together. But how does the recorded material get to the surface?

Since there is no space in the camera for a memory card, the transmission also takes place wirelessly via noise waves. A receiver sends the waves to the camera. If it reflects the noise, the receiver interprets the information as “1” – otherwise as “0”.

Since computer information consists of such ones and zeros, a machine can interpret the data and save the image. However, it may still take some time before the technology is widely available.

Today, such a camera can transmit information over 40 meters. However, this is not enough for the deep sea. Nevertheless, the researchers show with their invention that electricity does not always have to come from lithium-ion batteries.