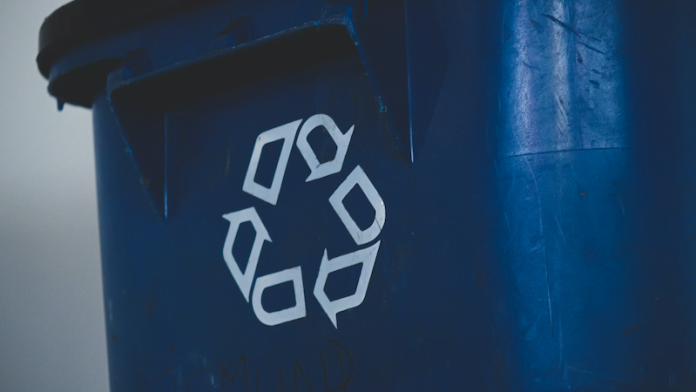 Waste disposal in Germany is considered to be quite slow and time-consuming. The Hamburg start-up wants to change that and, with its software of the same name, offers companies a platform to optimize recycling and waste management.

In addition to numerous climate protection measures, one topic has come to the fore in recent years: recycling. In a European comparison, Germany is on the right track. However, depending on the materials and environment, the recycling rate also fluctuates in this country.

An example is the separation and recycling of waste during working hours. When I ask friends and colleagues whether they also dispose of their waste correctly in the office, the answers are often similar.

The problem: often only buckets for residual waste are available at the workplace. As a result, all waste ends up in the incinerator, from organic waste to plastic and paper waste.

A kind of “eBay for waste”

But why isn’t a sophisticated separation system available in many companies? This is the question that Resourcecify founder Gary Lewis asked himself. In his previous job, he already saw value in waste and eventually founded a kind of “eBay for waste” where recycling companies can buy valuable resources.

After some time, Felix Heinricy joined the company and the project picked up speed. Since 2018, however, the company has taken a slightly different path with the Resourcecify software. The idea of ​​selling rubbish via a platform was still considered a good one.

However, the founders preferred to start at the root of the problem and make recycling easier. According to Resourcify, many recycling processes are still managed using Excel lists, telephone calls and other agreements. This takes a lot of time and is also inefficient.

Because separating waste usually only works well when the process is simple and attractive. Therefore, the company developed an approach to digitize recycling. To do this, the founders integrated existing contracts with disposal companies into their platform.

Companies can use it to manage their waste management directly via the tool. For example, if a company commissions the collection of waste, this process generates information that the system saves in a database.

When this data reaches a certain “quality”, users can then make more efficient decisions about its recycling. From a certain amount of data, Resourcecify suggests optimizations in the recycling process. Is it worth recycling certain waste instead of incinerating it?

Or is there a disposal method that is significantly cheaper for the company? The message is clear: a company values ​​recycling more when it benefits directly from it in the form of cost savings.

Recycling rate should benefit from digitization

Companies such as Edeka, Rewe and McDonalds are now using the system to become more sustainable. According to its own statements, Resourcecify is already responsible for a significantly better recycling rate. At the same time, valuable raw materials less often end up in the residual waste. However, as many advantages as the system has, there are also some critical points.

Resourcecify is financed through license fees. The amount is based on the savings that customers achieve through the platform. So Resourcecify makes the most money when companies always choose the most cost-effective method for their waste. It is questionable, however, whether the cheapest method is always the most sustainable.

Resourcecify still has a long way to go

In summary, making recycling processes as simple as possible is a win for the environment. The integrated control within the software ensures correct waste separation, according to Resourcecify less waste ends up in the incinerator.

However, the savings in emissions over the entire process cannot yet be shown. As the company announced, there is data on electricity savings and the disposal route, but transport is a black box. And it is precisely here that dirty diesel vehicles are still frequently used.