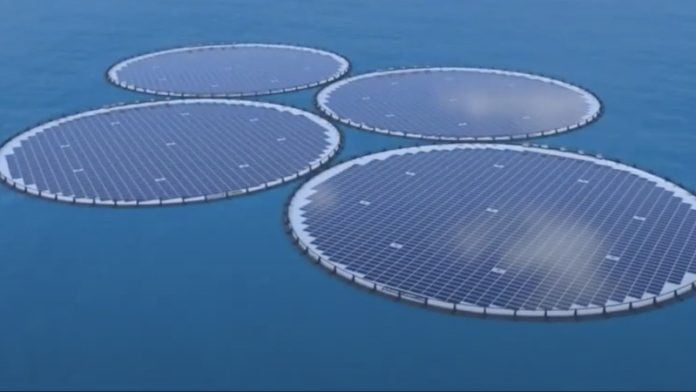 China has commissioned the world’s first offshore solar power plant. The system is a wind farm and solar system at the same time. Both technologies complement each other. Because: Where there is no sun, the wind usually still blows.

The electricity mix of the future will probably come from sustainable energy sources. There are now some scalable approaches. In addition to wind, hydropower and solar power plants, there has recently been an increasing interest in wave power plants.

In addition to the expansion of these technologies, another important aspect plays a role: the combination of different systems. Away from the coast of the city of Haiyang, China has now put such a plant into operation: the world’s first offshore solar plant, a combination of wind farm and solar plant.

The advantage of the technology is quite clear: because when the sun isn’t shining, the wind turbines can continue to reliably supply electricity. In the best-case scenario, the two floating solar systems have a capacity of 0.5 megawatts.

However, the first plant is only a pilot project to test the concept. Should it be successful, the utility in China is planning a larger offshore solar plant with a capacity of 20 megawatts for the coming year. Meanwhile, the technology not only comes from China, but also from a European company.

The Norwegian company Ocean Sun developed the necessary technology for the system. The Norwegians are now building the patented system on a large scale in China for the first time. We may also see such approaches in Europe in the medium term. Here, too, we are confronted with the disadvantages of solar energy.

The system also fits into the current, ambitious plans of the European Union. In the community of states, the individual countries expanded their capacities significantly this year, and the use of wind-solar parks could push this expansion even further.