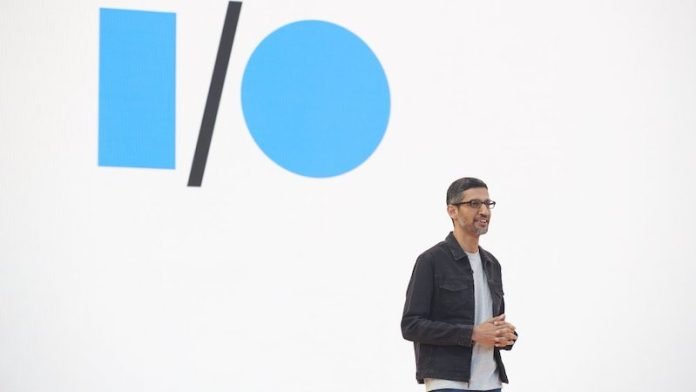 Google presented some new features at its Google I/O developer conference. For the first time, the US group is also launching its own smartwatch.

In the past two years, the big tech companies have only been able to present their new products virtually. Now, for the first time, Google has welcomed a real audience to its Google I/O developer conference.

The group presented some innovations, including a new smartphone, new headphones and, for the first time, a smartwatch.

Google I/O: These are the new gadgets

Probably the biggest news from Google’s developer conference could be the announced smartwatch. For the first time, the search engine group brings with the Google Pixel Watch out their own wearable.

The Pixel Watch is slated to launch in the fall. Like many other smartwatches, the watch should be able to be used to pay, for example. But smart home devices can also be controlled via the clock.

The watch should also be suitable for sports enthusiasts. Google has integrated Fitbit’s technology into its new smartwatch. With the Pixel 6a, there will soon be a new smartphone in Google’s portfolio. From July 21st, the cheaper version of the Pixel 6 pre-ordered for 459 euros will.

The pre-order phase for the new headphones from Google will also start on July 21st. The Pixel Buds Pro come with an integrated noise canceling function, which users can also switch off if necessary.

But Google didn’t just pull new gadgets out of a hat at its developer conference. There should also be some virtual innovations. The group has announced a wallet app in which users can save their credit cards or tickets.

And Google Maps is also getting a new feature. Google wants to launch “immersive view” “later this year”. With the new view, the tech giant also wants to display cities in 3D in the future.

In addition, users should be able to go virtually into selected buildings in the future. That 3D-Maps starts with the cities of London, New York, Tokyo, San Francisco and Los Angeles. Other cities are to follow.

Immersive view in @GoogleMaps is a new way to experience what a neighborhood, landmark, restaurant and venue will be like — and even feel like you’re right there. It uses advances in computer vision and AI to fuse together billions of Street View images. #GoogleIO pic.twitter.com/DgJwwE03rQ

In the future, it should also be possible to display sprint-saving routes in Google Maps. This feature is already available in the US and Canada.

This is what Google fans can expect in 2023

With smartphones, smartwatches and new headphones, Google has not yet reached the end of its new product range. The company also wants to launch a new Pixel tablet next year.

Here’s a sneak peek at our upcoming Pixel tablet 👀

But apart from some sequences about the optics, there is not much information about the new tablet. Google hasn’t revealed the price or release date.