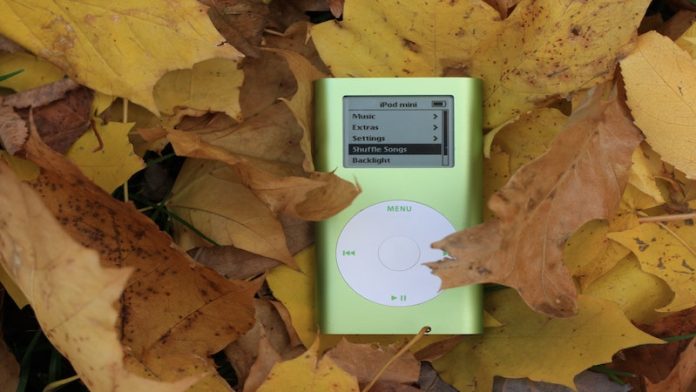 In 2001, Apple founder Steve Job introduced a small device that would forever change the way people listen to music: the iPod. Now Apple is discontinuing the product line forever. A device with memories of growing up around the turn of the millennium disappears. A nostalgic obituary.

“The music lives on”: With this headline, Apple subtly announces the end of an era. Without actually saying it, the company recently announced that the iPod product line would be discontinued.

“Music has always been a part of who we are at Apple, and bringing it to hundreds of millions of users the way iPod did hasn’t just impacted the music industry,” said Greg Joswiak, senior vice president of Worldwide Marketing at Apple.

The announcement that Apple would no longer produce its driving force at the time, the iPod, triggered a wave of farewell announcements, and not just in the media. I too have a feeling of dismay.

The iPod shaped an entire generation

The Apple iPod was released when I was just ten years old. Similar to Harry Potter, Apple’s MP3 player is simply part of my childhood. And more importantly, he was a constant companion to me while I was trying to find my way as a teenager.

I still remember when my father gave me the first bulky iPod for Christmas. How exciting it was to not have to walk to school with the Discman and its perpetual loose contact, but instead to be able to use this little engineering marvel.

As I struggled to navigate through life and its challenges, I simultaneously controlled the accompanying soundtrack on the iPod. With my thumb on the circular trackpack, I first shuffled through about 1,000 songs that I personally selected. Over the years it grew and the iPod and I matured together.

Growing up around the turn of the millennium

As I got bigger and bigger, my iPod kept shrinking until it was just a mini. Our memories kept getting bigger, our cases more and more elegant. In moments when the world no longer made sense to my adolescent self, the iPod was a little awkward, too. Without a display and without control, we went through this confusing time together, while Bono occasionally announced himself as a companion from the side.

One day on my way to school, the iPod fell out of my pocket as I was crossing the street. I watched in shock as he was run over by a truck and five cars, but bravely continued to play until I got to school. I was so impressed by his staying power. And in difficult moments, I think back to that moment and use it as a metaphor that gives me strength.

Like many others of my generation, I associate the iPod with precious memories. Sharing headphones with our crush on the bus while taking the class to an exchange class. How we excitedly compared how much and what music we had loaded onto the device. We will never forget these moments. And they taught us something about life.

Dear iPod: We have grown apart

But as life sometimes goes, new friends push the long-established ones out of their place over the years. And even when the iPod tried to draw attention to itself with all the colors of the rainbow, it still couldn’t compete with the iPhone and the changing times.

I kept all my iPods. I’m just as reluctant to part with them as I am with developed photos whose originals I no longer have digitally. And even after the iPhone had its own integrated music library, I considered continuing to own an iPod out of loyalty. But why carry around two devices when one of the two combines all the functions. At some point you just have to let go.

According to Apple, the iPod Touch will now only be sold while supplies last. Nevertheless, I will not go to the store and get one of the last devices. Because the iPod is on a par with first love or the first hangover on a class trip: you like to remember it, but you’re also glad that you’ve gotten over it.

And one thing is certain: “The music lives on” – even without the iPod.