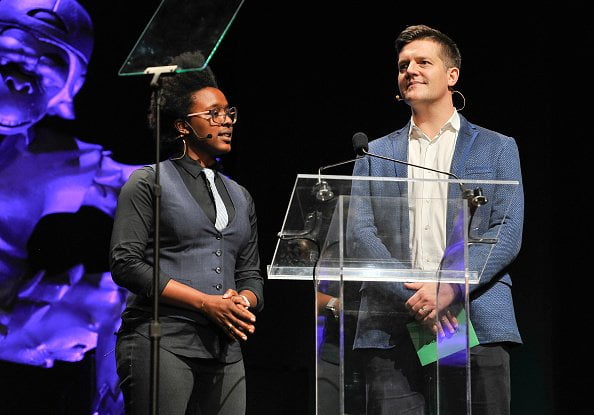 The VC company advocates quick action and cost savings. Also: SpaceX is said to be worth $ 125 billion after the financial injection and Snap’s shares are falling in value drastically.

Sequoia Capital has issued a warning to its portfolio companies. In the 52-slide presentation, the VC firm described the current combination of turbulent financial markets, inflation and geopolitical conflict as a “critical moment” of uncertainty and change. Sequoia advised founders not to expect a rapid post-pandemic economic recovery as the monetary and fiscal tools that drove that recovery are “exhausted.”

Instead, the company recommended that the founders act quickly and examine their company for possible savings, for example. “Don’t look at cuts as something negative, but as a way to save money and function faster,” the investors wrote. Companies that act quickly would be most likely to avoid the “death spiral.” “Cheap capital” is currently no longer available. A positive aspect of the current development is that the competition for talent may be easing somewhat, making recruitment easier, since many large technology companies have also imposed hiring freezes. [Mehr bei The Information]

on Founder scene: Influencer has been standing for over two weeks Fynn Kliemann criticized for dubious mask deals. Numerous cooperation partners have distanced themselves directly from him and ended the cooperation. Startups can also learn from this fiasco. A lawyer explains how to design advertising contracts with influencers and how to communicate externally in such cases. [Mehr bei Gründerszene+]

SpaceX has launched a new round of funding: According to a report in the Wall Street Journal, Elon Musk’s space company has raised at least $1.5 billion. SpaceX wants to use the money to advance projects worth billions of dollars. The funding values ​​SpaceX at around $125 billion, an investor told the US media. According to Pitchbook, the company was worth $100 billion last year. [Mehr bei Wall Street Journal]

Snap‘s shares fell 43 percent by the close of trading in the US on Tuesday. This was the worst trading day yet for the Snapchat app operator. Other social media stocks and digital advertising company stocks also fell in the wake of Snap’s plunge. On Monday, Snap warned investors that it would not meet its own revenue and adjusted earnings targets for the current quarter. “Since we provided guidance on April 21, 2022, the macroeconomic environment has continued to deteriorate faster than expected,” the company said in a statement to the U.S. Securities and Exchange Commission. [Mehr bei CNBC]

FacebookCEO Mark Zuckerberg is personally targeted by US prosecutors in the Cambridge Analytica data scandal. The founder and boss of the social network is accused of being directly involved in decisions that led to the Cambridge Analytica scandal. The Washington Attorney General has therefore filed a personal lawsuit against Zuckerberg. [Mehr bei Handelsblatt und The Information]

Paypal plans to lay off several hundred employees. According to a media report, the cuts will affect over 300 employees in Ireland, where PayPal has over 2,000 employees. Previously, dozens of employees in the United States were said to have been laid off. A number of layoffs have been made public in the past few days and weeks: the Berlin delivery service Gorillas and the Swedish fintech Klarna are cutting hundreds of jobs. Robinhood, Cameo, and Netflix are also downsizing, while Meta, Uber, and Coinbase look to slow hiring. [Mehr bei The Irish Times, Techcrunch und The Information]

Wework-Founder Adam Neumann recently launched a startup called Flowcarbon brought to life. He wants to use it to sell token credits on the blockchain. He has now received $70 million in funding for this idea from investors such as Andreessen Horowitz’ crypto division a16z crypto. Flowcarbon’s protocol helps projects sell carbon credits in the form of tokens to companies looking to reduce their carbon footprint. The credits can then be traded on crypto exchanges. [Mehr bei Techcrunch und Bloomberg]

Our reading tip on Gründerszene: The delivery unicorn Gorillas surprisingly laid off 300 employees. We provide you with the most important details about the mass layoffs. [Mehr bei Gründerszene]

Fielmann AG, Controlling Analytics – Definition and implementation of an AWS...