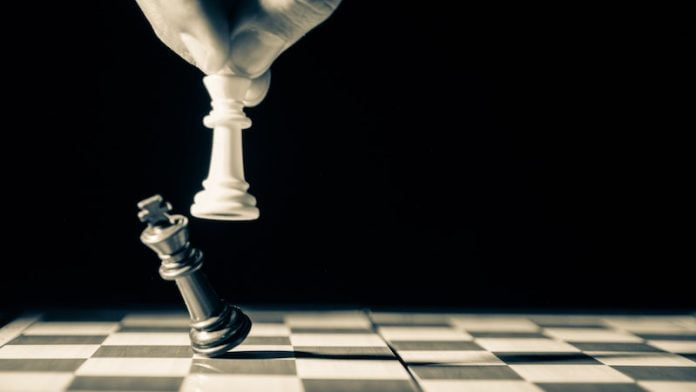 There was an accident at a chess tournament in Russia. A robot broke the finger of a seven-year-old boy during a game.

Chess is usually considered a rather quiet sport with a relatively low risk of injury. A chess tournament in Russia has now shown that players can be harmed.

A robot broke the finger of a seven-year-old boy at the Moscow Chess Open. This is reported, among other things, by the Russian news agency TASS.

A video of the incident also circulated through various social media channels. It can be seen that the chess robot played several games of chess at the same time, including against the boy in question.

When the seven-year-old finished his move, the robot wanted to place his own figure. The boy’s hands were still on the chess board. As a result, one of the child’s fingers was caught between the robot’s chess piece and the chessboard. Several adults immediately tried to free him – with success.

There is no violence in chess, they said.

The Moscow Chess Federation rented the robot, explains its President Sergei Lazarev. Although the robot was often exhibited in different places in the presence of specialists, the operator apparently did not pay enough attention in this case.

The child made a move and the robot would have had time to react, but the boy lunged forward and the robot grabbed him. We had nothing to do with the robot.

First, the young Russian player had to interrupt the tournament. However, he was able to finish the game the following day – with a cast on his affected hand.

Parents of the child want to hold robots accountable

The child’s parents now want to take the case to the public prosecutor’s office, the TASS report said. The chess association wants to support the family as best it can.

And robot operators will probably need to think about improving protection to prevent a similar situation from happening again.

How bad the child’s injury really is cannot be conclusively determined from the reporting media. While some report a broken finger, others say it’s not a serious injury. The plaster should only help the hand to heal faster.

However, everyone agrees on one thing: Contrary to all expectations, injuries can also occur in the sport of chess.