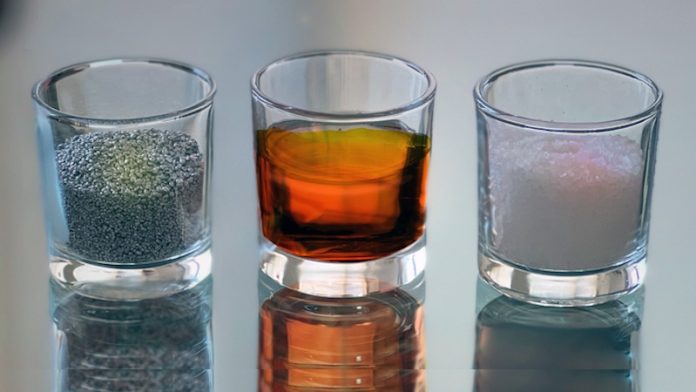 Researchers have developed a new type of battery made of aluminum and sulphur. Both materials are relatively inexpensive and readily available. The battery therefore costs only one-sixth of a classic lithium-ion battery.

In a world in which we are increasingly relying on renewable energy sources, the importance of batteries is increasing. According to statistics, around 24.4 percent of all passenger cars will be electric cars in 2030. In absolute numbers, that’s around 11.55 million vehicles.

At the same time, the electricity mix is ​​becoming greener and new capacities for solar, hydro and wind power are connected to the grid. However, it takes huge batteries to always have energy in reserve when we need it.

There are already some new concepts for this, for example a battery based on carbon dioxide or made of plastic. However, there is one limiting factor: the price. Because a good battery must also be affordable.

New battery on sulfur and aluminum

A new proposal is now coming from various scientists, including the Massechusets Institute of Technology (MIT). You rely on a battery made of abundantly available and inexpensive materials. The electrodes consist of aluminum and sulfur. Molten salt becomes the cheap electrolyte.

This brings with it several advantages. Because today’s lithium-ion batteries are highly flammable. However, this can be avoided by using salt. In addition, aluminum is considered a material with high availability on the international market. Sulfur, in turn, is a waste product from various processes and is relatively cheap.

New cells are particularly robust and can be used flexibly

The first prototype has already withstood hundreds of charging cycles undamaged and costs only one-sixth of a lithium-ion cell. The salt used also prevents corrosion of the electrodes. For comparison: With conventional batteries, a little “dirt” always settles on the anode or cathode, which impairs the performance.

The researchers meanwhile speak of small or medium-sized buildings as possible locations. The new sulphur-aluminum battery can also be used to store electric charging stations.

In contrast to classic approaches, no active cooling is necessary. The battery cools itself when it is charged and discharged. However, it is still unclear when the new battery will be on the market. Further tests should first show the potential of the technology.