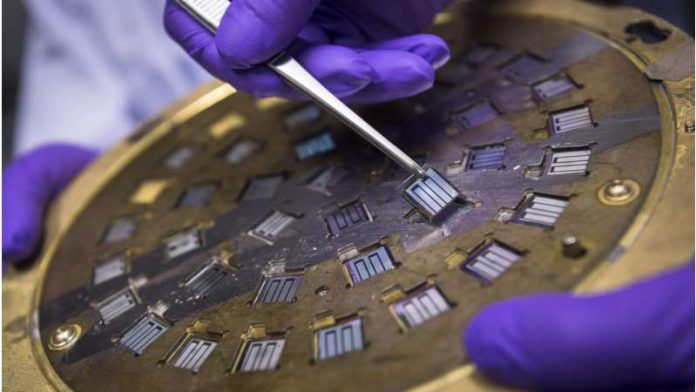 Researchers are currently working on new perovskite solar cells. The material has been a beacon of hope for years and could represent a highly efficient and stable alternative to silicon.

In recent months, demand for a special technology has increased: solar systems. Due to rising energy prices and the Ukraine conflict, many homeowners are considering purchasing such a system. After all, those who generate their own electricity requirements on the roof will not be so affected by price fluctuations in the future.

However, today’s widespread photovoltaic systems made of silicon have some weaknesses. The maximum efficiency has now been reached at around 25 percent. In addition, the material is not that stable in the long term. Further losses in performance must therefore be expected over decades. However, the material perovskite could remedy this situation in the foreseeable future.

Perovskite solar cells have a number of advantages. The purchase costs are lower, at the same time the material is light and flexible. In everyday life, for example, windows or other surfaces could be coated with the cells and thus contribute to the power supply.

The technology does have one disadvantage, however. In terms of efficiency, it cannot yet compete with a silicon cell. But researchers have now made a breakthrough. Thanks to the addition of the metal ferrocene, an efficiency of 25 percent has already been achieved. This is at least comparable to today’s common solar systems.

The ferrocene is used in the cell in an intermediate layer. In everyday life, the sun shines on the perovskite layer. This then transmits the energy to an electrode in the underlying layer for conversion. However, since this transport takes place very slowly and inefficiently, the efficiency remains low.

However, adding ferrocene accelerates this transition. Less energy is “lost” to the environment. Durability also benefits from the new approach.

After more than 1,500 hours, 98 percent of the efficiency could still be accessed. Even under conditions with an ambient temperature of 85 degrees Celsius and 85 percent humidity, the material can still generate electricity stably. So maybe solar technology will soon become even more affordable.