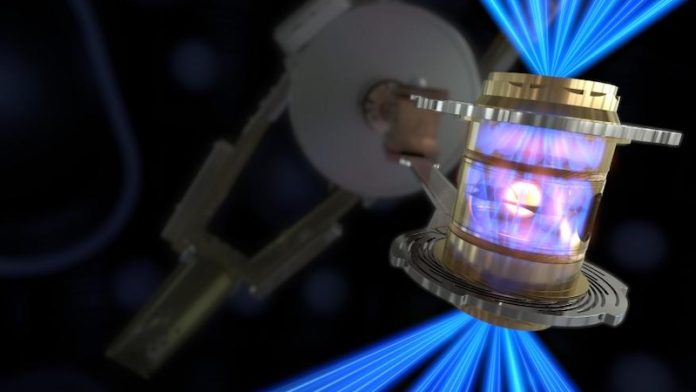 Researchers in the USA have apparently achieved a breakthrough in nuclear fusion. According to the US Department of Energy, the fusion of atomic nuclei was the first to produce more energy than was consumed. It’s considered a “milestone for the future of clean energy,” but it’s not a quick fix to our energy problems.

What is nuclear fusion?

Nuclear fusion is considered a potential energy source of the future. Because the fusion of atomic nuclei can release enormous amounts of energy. Compared to nuclear fission, no radioactive waste is produced, which makes the technology comparatively safe.

The fusion process also occurs in nature, inside stars and the Sun. Numerous chemical elements are in turn based on the fusion of hydrogen atomic nuclei.

Since nuclear fusion is primarily considered a clean, safe and renewable source of energy, researchers have been trying to harness fusion energy on earth for decades. Now a research team from the USA has apparently made a breakthrough.

How does nuclear fusion work?

The reactions of nuclear fusion take place in a hot gas – also called plasma. This plasma in turn consists of freely moving electrons and positive ions and has temperatures of up to several million degrees Celsius.

These temperatures allow nuclei to break through their natural electrical repulsion so that attraction from other nuclei dominates. If two atomic nuclei are in close proximity to each other, they can fuse.

Meanwhile, on Earth, the two hydrogen isotopes deuterium and tritium are best suited for a fusion process. When the two atomic nuclei fuse, a helium nucleus is formed. The reactions also release enormous amounts of energy.

However, in order to carry out such a process on earth, enormous temperatures and the right pressure conditions are also required. This in turn requires a lot of energy. As reported by the US Department of Energy, a research team has now succeeded for the first time in generating more energy than it consumes in this process.

A breakthrough for research, but not for application?

For their experiments and to generate the necessary temperatures, the researchers used the world’s most powerful laser system. They succeeded in fusing small amounts of the hydrogen isotopes deuterium and tritium in the plasma at a temperature of around 60 million degrees Celsius.

According to reports, they were able to generate 20 percent more energy than they used. US Senator Alex Padilla said, “This monumental scientific breakthrough is a milestone for the future of clean energy.”

Also Uwe Gradwohl, head of the science department SWR, classifies the experiments as a breakthrough and important step in nuclear fusion research. However, he also points out that there is still no technical solution for using the findings in fusion reactors.

That is also not the goal of the US researchers. Gradwohl describes the laser experiments for fusion researchers as “quite a bit annoying”.

Previous concepts for fusion reactors would not be based on laser technology, but on electromagnetic waves. Across from tagesschau24 he summarizes: “Highly interesting for research and a breakthrough – no breakthrough for the application.”