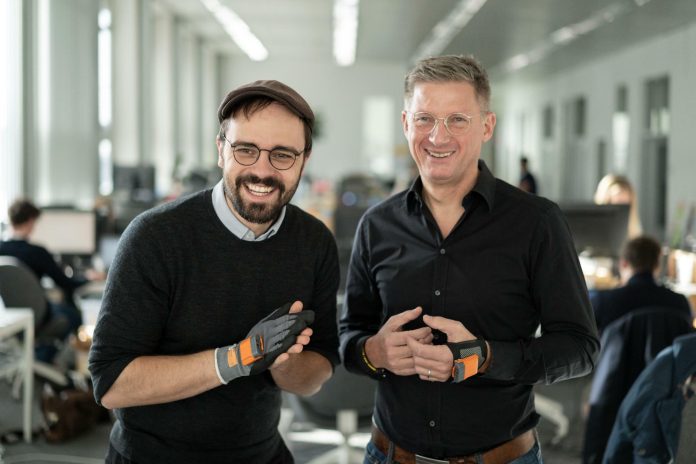 Proglove supplies industrial groups with intelligent gloves, Volkswagen and Lufthansa use them, for example. Now a financial investor is buying the startup.

The Munich startup Proglove has apparently managed a remarkable exit. As the Frankfurter Allgemeine Zeitung (FAZ) reports, the Swedish private equity investor Nordic Capital is taking over the manufacturer of industrial wearables. According to the newspaper, the purchase contract is “freshly signed”, and Nordic Capital also confirmed the takeover when asked. According to FAZ information, Proglove was last valued at around 500 million euros. When asked by Gründerszene, a spokesman confirmed the exit, but did not want to comment on the sum. It was agreed not to disclose the exact amount of the stake. But it is a majority takeover.

Like many industry-related startups, Proglove flew under the radar for a long time. In the industry itself, the company, which was founded in 2014, is considered a flagship project for the possibilities of digitization: Proglove manufactures intelligent gloves that employees in production and logistics can use to work faster and more safely. Sensors and scanners in the glove, for example, recognize which components a worker is holding and whether they are being used correctly. According to the website, corporations such as DHL, Lufthansa, Volkswagen and Mediamarkt use the technology.

The idea goes back to the founders Thomas Kirchner and Paul Günther. They made their first prototypes during their studies using a hardware store glove and an old iPod. “It couldn’t do anything technically, but it looked cool,” Kirchner once told Wirtschaftswoche. They were able to convince Intel, among others, with their concept: the US chip giant was one of the first investors in the startup. Proglove’s other backers include Bayern Kapital and Summit Partners. In total, more than 45 million euros flowed into the company.

According to the FAZ, there is a reason why a financial investor and not an industrial group is buying the start-up: Nordic Capital envisions a growth story on the scale of Teamviewer. In 2014, the financial investor Permira took over the Göppingen remote maintenance specialist and five years later successfully listed it on the stock exchange. This could now also be the case for Proglove. “That’s the plan, yes. The company really has the potential to get really big,” said Proglove boss Andreas König of the FAZ. König himself is no stranger: he was previously the CEO of Teamviewer.