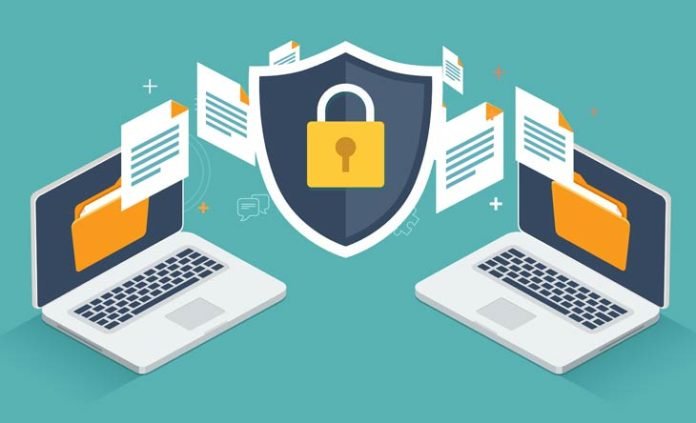 Countless messages and e-mails are written every day around the world using a wide variety of programs and then sent on directly. However, many people do not even know that their messages could potentially be read because they are not generally encrypted. If that’s the case, the messages are traveling the unencrypted Internet.

So if you want to send sensitive data/content, you should make sure that you use encryption to prevent others from reading it. It is important to be informed about this, because as everyone knows, “the internet never forgets” and you should be careful when sending sensitive data.

How does encryption work?

Basically, an encryption method consists of two components, namely a cryptographic algorithm and at least one secret key. The algorithm describes the encryption method and the key provides the parameters. Encryption makes it possible to convert a plaintext into a so-called “ciphertext”, which then appears to be just nonsense.

Even at that time in ancient Egypt, important messages were rewritten to prevent them from being read.

Even then, the point was that there was a fear that the news might fall into the wrong hands.
Nowadays, the encryption of a message is primarily used for the secure transmission of information through the Internet. For example, when encrypting e-mails, it is possible for confidential messages to be sent directly from the sender to the recipient without anyone having access to them and being able to read them except for the two people. You need a “key” for this.
The encryption methods used today are relatively secure. The computing effort to crack such a “key” is hardly possible, since it is almost impossible with the usual computing systems that are available.

With modern encryption methods (encryption – encryption) it is the case that digital keys in the form of bit sequences are used. For security, an essential criterion of encryption is the key length in bits.

What types of encryption are there?

How does end-to-end encryption work?

When end-to-end encryption works, each individual e-mail, electronic mail or chat message is itself encrypted so that only the sender and recipient can read the message in plain text. For this you need the necessary key, only with this it is possible to read and hear the written messages and texts in plain text.

Therefore, this encryption offers a high level of protection and confidentiality.

In addition, the authenticity of the sender is verified, which guarantees that it really is the person who is stated as the sender. The integrity cannot be changed with this method either, because it is not possible for the messages to be changed unnoticed by third parties.

What should you consider when encrypting?

It is important that encryption is used at all. If you have little or no knowledge of it, e-mail programs and other service providers often support you to make the setup easier. What also offers good security is the digital signature, which can also be used.
This can also help ensure that you are communicating with the right person.

Not only individuals, but also companies are pretty careless with their text messages and emails. Some people never encrypt their messages. It is important to draw attention to the usefulness and relevance of encryption. After all, important data and information should really get into the right hands and not be misused for other purposes.

There is also the option of forwarding data via so-called file hosting or cloud storage services. This is a storage space that is located in a cloud. Dropbox, for example, is known for being a public cloud.

Such services offer the possibility of storing content on a cloud server, to which only the creator has access. You can then make folders, downloads and documents accessible to other people. For this it is necessary to release the folder for the authorized person/s.
It is also possible to limit the time period, for example you can limit the time period to one or two days. So there is hardly a chance for a hacker to gain access to the content.