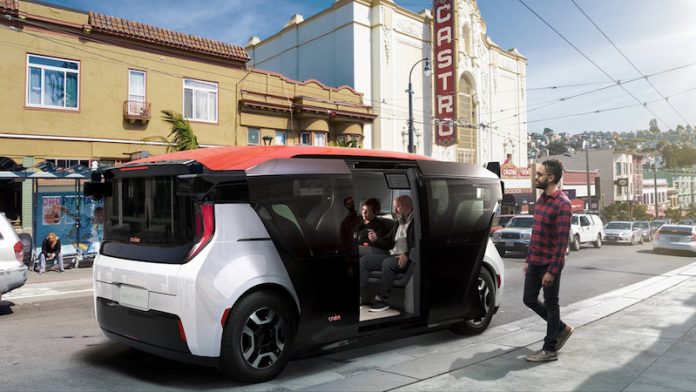 GM and Ford want to put autonomous vehicles on the road without a steering wheel. That’s why the two automotive groups are currently looking for an exemption for a limited number of self-driving cars. In addition to the steering wheel, the brake pedal is also to be eliminated.

The two US automobile companies General Motors (GM) and Ford want to put autonomous vehicles on the road without a steering wheel. They have asked the US Auto Safety Agency for a special permit for the use of self-driving vehicles.

Like the news agency Reuters reported, in addition to the steering wheel, other equipment elements such as the brake pedal are also to be omitted.

GM’s and Ford’s motions lie with the National Highway Traffic Safety Administration (NHTSA) and are also open to the public.

GM wants to drive without a steering wheel and mirrors

According to the petition, General Motors wants to use its boxy “Cruise Origin”. The vehicle resembles a subway car and steers without a steering wheel.

More specifically, the company is asking NHTSA to make six exceptions to how the car is equipped. In addition to the steering wheel, mirrors, turn signals and windscreen wipers should also be omitted. They are only necessary for humans, but have no use for an autonomous vehicle.

According to GM, to ensure safety in the self-driving cars, all passengers would have to buckle up before the start of the autonomous journey.

Ford, in turn, is asking for a total of seven exceptions to the statutory vehicle safety standards. This includes, for example, the brake, taillights and mirrors.

The automotive group apparently wants to use self-driving hybrid electric vehicles. According to the petition, Ford’s autonomous vehicles will be used to develop the company’s SAE Level 4 automation technology. This means that the vehicle can also drive without a human driver in certain situations. However, human control is still possible and will not be completely eliminated.

However, the company explains in its petition that the exceptions are for safety reasons. According to the carmaker, the vehicles are safer if people cannot intervene in the autonomous technology.

Both car manufacturers want to put 2,500 autonomous vehicles on the road each year. The cars without a steering wheel should then be used for ride-sharing and delivery services.

At the same time, both GM and Ford emphasize that they have no plans to sell self-driving cars directly to consumers. As an argument for the approval of vehicles without a steering wheel, both companies also argue that the further development of automated vehicles is in the public interest for many different reasons, such as reducing traffic jams and improving individual mobility.

US government can bend laws when there is good reason

The NHTSA has the power to grant petitions like those of GM and Ford and allow a limited number of vehicles to operate without human oversight. The applicants must provide valid reasons for the desired exceptions.

NHTSA Administrator Steven Cliff said the agency “will carefully review each petition to ensure safety is a priority and to include considerations of disability access, equality and environmental protection.”

The petitions of the two automobile manufacturers are online for a total of 30 days to give the public the opportunity to comment on the requests.