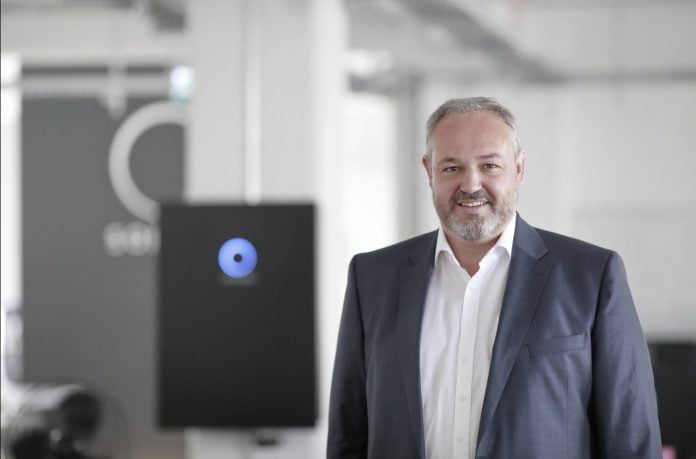 Deep in the Allgäu, in Wildpoldsried, Christoph Ostermann has been working on solutions to the biggest problem of our time for twenty years: climate change. Together with Torsten Stiefenhofer, he developed lithium batteries as home energy storage for private solar systems with the start-up company Sonnen.

In 2019, the energy group Shell bought the company with its subsidiary Shell New Energie. Founder Ostermann left Sonnen a little later. He remains true to the topic of renewable energy, as an investor and advisor to startups such as 1Komma5. The platform belongs to his former employee and ex-Tesla Germany boss Philip Schröder. The company offers photovoltaic systems, electricity storage, charging infrastructure and heat pumps from a single source, from the product to installation and smart home control. Or with Ostermann’s participation in Esforin, a provider of flexible electricity marketing. They help ensure that green electricity is used to the full when it is available, i.e. when the sun is shining or the wind is blowing.

These and other startups from the field of renewable energy can hardly save themselves from inquiries at the moment. The energy crisis makes it clear that the existing system is suffering. Is this the heyday of startups? Do they have the solutions and are they now enabling renewable energy on a large scale? Questions to someone who knows the industry and its hurdles better than almost anyone else.

Christoph, does it annoy you how wildly everyone wants renewable energy, solar systems, heat pumps – but only now that energy is becoming scarce and expensive?

A little bit. The importance that the topic has today is what I always wished for. And the way the market is developing at the moment is what I always hoped it would be at some point. It has taken a long time. Doesn’t surprise me either. If you don’t drive the energy transition as an activist or ideological, but also as a business, you quickly learn through painful experience that most people can only be triggered if they themselves benefit from it. I’ve been in the industry since 2002, so 20 years. In the beginning I still had to be a real believer and endure a lot of mockery and malice. I think it’s great that this is changing, but it should have happened earlier. That would have helped everyone and most certainly the planet.

How did you deal with mockery and malice back then?

I understood where it came from. When you are innovative and start something completely new, there is a time when new solutions are not yet economical. When we started building a storage facility in 2010, it was so expensive that it didn’t even begin to make economic sense for private customers. The amortization would have taken 100 years and more, lithium batteries were so incredibly expensive back then. We had to do a slog through the valley of tears before people understood and accepted the technology. Until we were able to reach a certain number of items and thereby reduce our costs. And that’s always the case with new technologies: the costs have to go down so that the product becomes economical and thus has a chance at all. You could also bet on getting subsidies, but I think that’s wrong. I think you have to take the hard road and get through it.

But how? What helped you and carried you through the “valley of tears”?

The truth is: Entrepreneurs are endowed with a great deal of naivety and a high degree of optimism. I mean that in a positive way: if they weren’t, they wouldn’t be doing what they’re doing. Because purely statistically everything speaks against founding. Very few are successful. So you have to be very deep in your faith and really burn for what you’re doing. Then the emotional carries you over the rational hurdles. If you also have a portion of resilience and want to prove something to yourself and everyone else, then you can pull it off.

Today, however, startups in the field of renewable energy sometimes have exactly the opposite problems. They are overwhelmed with questions.

Also difficult, yes. The most important thing for founders in this situation is not to believe that this situation will last forever. It would be fatal to say: We don’t need sales because people are queuing up. That’s the way it is now and that’s certainly nice for the industry, but that will pass again. However, the current overall situation poses other challenges.

Firstly, the issue of installation. Due to the professional code, only a master electrician may connect a storage tank and a solar system in Germany. Just like the head doctor operates on the heart. One of the possible solutions is to organize the installation more efficiently, for example using digital tools. So that the chief physician, i.e. the electrician, only travels from construction site to construction site and can carry out three heart operations a day and no longer stays at the same construction site for two days as before.

Another challenge is the supply chain. To our chagrin, hardware for renewable technologies rarely comes from Germany. Having the order books full is great. Only if you don’t have any goods to sell does the order not turn into a turnover. And if the order doesn’t turn into sales, no money comes in. So companies have to do different things: Among other things, they should have more working capital available than usual in order to remain able to deliver. You have to make down payments, you have incredibly long delivery times. Many things are not available. Everyone has heard of a lack of chips. Five years ago that was a no-brainer, whoever was able to pay back then was supplied with masses of chips in five weeks. Now it takes eight months – if you’re lucky.

Absolut. The energy transition cannot be solved by software alone. You also need hardware, you also need technology that you can touch in order to be able to change something. To be honest, I think it’s a problem that far too few founders do that in this country. And I believe that this problem is also caused by investors. Most funds say: You have hardware? Ah, not then. That’s not asset-light and hardware isn’t that scalable either.

In other words: there is no investor money for hardware.

Yes, at least more difficult than for software and digital business models. Probably also because the big platform businesses, Amazon, Airbnb, Uber, Facebook, have developed insanely profitable, monopoly-like models where investors couldn’t believe their luck at how insanely much money they could make with it. That’s why many investors prefer to go for something like this. But that’s not the right way. I believe that platforms and software are just one piece of the puzzle in what we intend to do in the energy transition.

You are also an investor. do you do it differently

Yes, I also invest in hardware. I see myself investing my modest fortune more as an active investor who not only gives money, but with 20 years of industrial experience can be helpful for young, technology-savvy founders. There are 1,000 things that can go wrong, and frankly I’ve seen shit in all colors and can help avoid making a lot of mistakes that I’ve made myself. I have no investment pressure, I have no stress. I don’t have to explain what I do to anyone but myself. That’s why I’m a bit of a freestyler. And I basically only do things that I understand well myself.

So solar and storage media?

Well, more than that: everything directly related to the topic of energy transition. I also have an investment in a company that makes software for flexibility and electricity marketing. A very important topic, especially now in these times when the volatility in the grid and on the electricity markets is incredibly high. As you can see, there are issues that can be solved with software. But I also invested in a company that offers handicraft services, among other things, because I think that’s important. And in hardware and solar. I also find hydrogen exciting.

What’s your prognosis? Can we do that with the energy transition? Can startups help? You said earlier that as an entrepreneur you are an optimist.

Yes, but I have to admit that my optimism has suffered a bit. What I’ve seen over the past few years is that some of the illusions you had in the past are obviously going down the drain. In addition to the security illusion of a peaceful Europe and an illusion of prosperity, there is certainly also the illusion that we are actually already approaching the end of the fossil fuel age. To be honest, I can no longer see that from today’s perspective. It is painfully clear to us how important fossil fuels still are for the world and now also for us in particular.

Just talking about the energy transition is not enough. For a long time, energy policy worked in such a way that, above all, what we did not want was formulated: no nuclear power, neither coal. Actually no gas either, but okay as a bridging technology. But we also don’t want wind power if there’s a bat flying around somewhere or a local resident is complaining. And we don’t want solar if it doesn’t look nice. But in order to be able to afford to only formulate what you don’t want, you should first have created alternatives and expanded the renewables much more consistently. So one should have said: We are now really expanding the renewable energy that we want. And then we take the others off one by one. When we’re ready.

What happens now that things didn’t go that way?

The lesson many people are taking from the current concern about shortages is that security of supply and access to energy are more important than avoiding CO2 emissions. The opinion is spreading that the fossil age is probably not over after all and that renewable energy might have been a mistake. And of course that is fatal. And so my optimism is currently a bit cautious. What just happened is a shocking experience for everyone. A lot turned out differently than expected. You may have to adapt your own reality and your own view to the actual current circumstances and see which ways you can find to still achieve the goal of the energy transition.

But it seems to be getting a little tight. You have to work harder now.