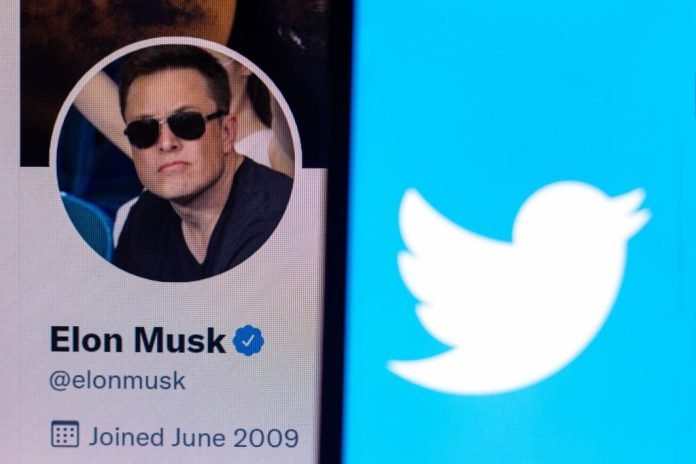 The Tesla boss wants to cut salaries and monetize tweets. Also: Stock market drama for Amazon and an explosive employee meeting on Twitter.

Good Morning! Even during the weekend, work in the digital scene continued in many places.

Of the TwitterAccording to insiders, the purchase should be made as quickly as possible Elon Musk make paid. The Tesla CEO has told banks funding the acquisition that he could cut executive salaries and find new ways to monetize tweets. This was apparently part of his pitch to financial institutions to secure sufficient funds for the $44 billion purchase. In addition, it is now becoming apparent who might have influenced Musk in the purchase: Twitter co-founder Jack Dorsey is said to have played a role.

on Founder scene: Who will win the race for the Drive technology of the future? The battery or the hydrogen? This has by no means been decided in local public transport. Transport companies in Germany and Europe are currently testing both variants in their bus vehicles. In his new torque column, our mobility expert Don Dahlmann explains which technology has the better chances. [Mehr bei Gründerszene]

Amazon experienced its worst trading day since July 2006 on Friday. Shares of the tech company ended 14 percent lower after the company provided a revenue outlook for the current quarter that fell short of Wall Street estimates. Amazon said Thursday it was forecasting second-quarter sales of between $116 billion and $121 billion, down significantly from the $125.5 billion analysts were targeting. [Mehr bei CNBC]

TwitterAccording to a media report, boss Parag Agrawal had to deal with the anger of many employees about the takeover by Elon Musk on Friday. During a company-wide employee meeting, employees demanded answers on how management intends to deal with a wave of layoffs. Because many employees apparently no longer want to stay with the short message service after the takeover. Musk has repeatedly criticized Twitter’s content moderation practices and a top executive responsible for setting speech and safety policies. At the internal meeting, executives said the company will monitor employee turnover on a daily basis, but it’s too early to see trends. [Mehr bei The Guardian]

Investment: Superplastic has raised $24 million from the Amazon Alexa Fund, Sony Japan, French luxury group Kering and Hong Kong-based Animoca Brands. The merchandise manufacturer is valued at around $168 million after the financing round. Superplastic has taken the opposite approach to many entertainment providers. Rather than selling merchandise and NFTs of the characters in shows and movies, Superplastic creates characters, popularizes them on social media, and then sells toys, NFTs, and merchandise. Some characters will appear in TV shows in the future. [Mehr bei The Information]

Archetype, an early-stage crypto venture capital firm, plans to close a $150 million fund on May 2nd. It will be the second fund for the year-old firm, which Katherine Wu named a venture partner earlier this year. Wu had previously been poached from Coinbase Global. The new fund will focus on startups in different areas of the crypto industry, Archetype founder and general partner Ash Egan said. [Mehr bei Bloomberg]

Amazon fires up the competition SpaceX further on. The tech company also wants to offer Internet from space and provide over 3200 small satellites in near-earth orbit. In April, Amazon signed a multi-billion dollar deal with three companies for Project Kuiper: with Jeff Bezos’ Blue Origin, United Launch Alliance (a joint venture between Boeing and Lockheed Martin) and Europe Arianespace. However, Amazon is far from keeping up with Elon Musk’s Starlink: SpaceX already has about 2000 satellites in orbit and serves a total of about 250,000 subscribers. The Federal Communications Commission has also approved SpaceX to launch a total of 12,000 satellites. [Mehr bei CNBC und Wall Street Journal]

Our reading tip on Gründerszene: The marketing expert Thilo Baum clears with ten marketing errors on. Find out here what many startups and brands are doing wrong. [Mehr bei Gründerszene]