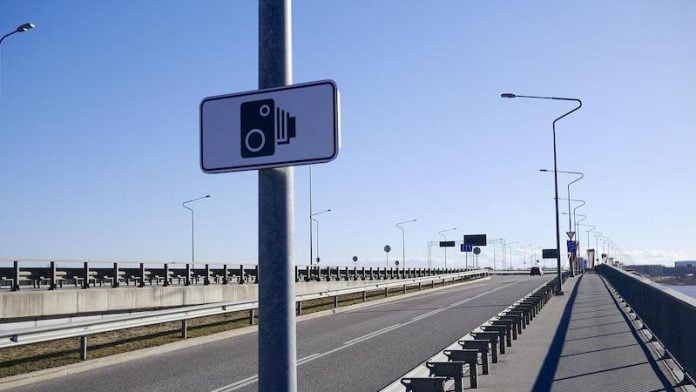 The district of Ludwigslust-Parchim will not rest after a hacker attack in October 2021. As the Schwerin People’s Newspaper reported, but now 3,000 traffic offenders in the district can breathe a sigh of relief.

Speed ​​cameras can lead to lucrative additional income for cities and communities. This is also the case in the Hanseatic City of Hamburg. In 2020 alone, 17.1 million euros were taken with speed camera photos.

Hamburg is the German leader in a survey conducted by the Traffic Law Working Group of the German Lawyers’ Association among the 150 largest cities in Germany.

However, the district of Ludwigslust-Parchim was not so lucky in 2021. Because according to a report by Schwerin People’s Newspaper a hacker attack has dried up this source of income.

District Ludwigslust-Parchim: There was something

At the end of last year, the district of Ludwigslust-Parchim was in the headlines because of this hacker attack. At that time, the Corona card from the Robert Koch Institute was the focus of reporting. There was a large gap on this in northern Germany.

A white spot on the unfathomable corona map of incidences. But how did it come about? On October 15, 2021, hackers attacked the municipal IT service provider of the district. As a precaution, all systems in the district were shut down.

However, the Mecklenburg state capital Schwerin was not affected. The reason: The city uses the less common software SurvNet to transmit the number of corona cases. The district of Ludwigslust-Parchim, on the other hand, transmits the data via Sormas.

Traffic offenders should now be happy about the hack

While the speed cameras do not have a very pleasant side effect for many drivers, the cities and municipalities should be very happy about the additional income. The district of Ludwigslust-Parchim in Mecklenburg-Western Pomerania is exempt from this – at least temporarily.

Because last year’s hacker attack not only disrupted the transmission of the corona numbers. Around 3,000 speed offenders can now breathe a sigh of relief thanks to the cyber attack. In the meantime, the procedures for the respective speed camera photos have expired because the processing period has expired.

Who is behind the hacker attack?

The county was unable to process the data due to the impact of the attack. In the period between the hacker attack in mid-October and the end of 2021, the city was not able to obtain any owner queries from the Federal Motor Transport Authority.

Those responsible for the cyber attack on the district of Ludwigslust-Parchim have not yet been identified. The public prosecutor’s office in Rostock announced in November that the “Deep Blue Magic” malware was used in the attack. More is not yet known.