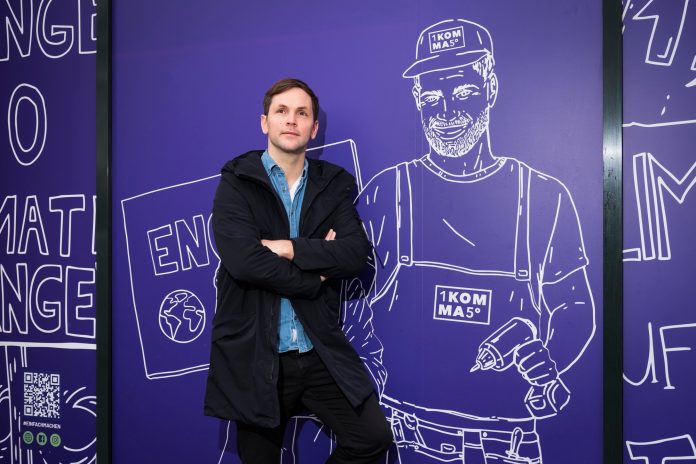 The former Tesla manager has raised a lot of money for his new climate startup. He dreams of a tech company that can compete with Elon Musk’s company.

He was able to do without the exhausting search for investors. This is what Philipp Schröder (38) tells in an interview with the start-up scene. The founder and former Tesla manager is well connected in the industry and maintains contacts with the richest Germans. Once again, this benefits him at his celebrated climate startup 1Komma5.

200 million euros are flowing into the young Hamburg company as part of a new round of financing. Series A is led by a group of well-known investors, including Porsche Ventures, Btov Ventures, eCapital from Münster and the French investment fund Eurazeo. Well-known family offices have also bought into Schröder’s company. The financiers include the billionaire industrialist family Haniel, the Schürfeld Group from Hamburg and Jan Klatten, ex-husband of BMW major shareholder Susanne Klatten.

Investors were very interested, says Philipp Schröder. Many would have asked proactively about joining the climate startup. “Ultimately, we accepted 20 investors and sent 40 rejections,” says the founder. Since it was founded a good year ago, 1Komma5 has expanded its investment framework to 300 million euros. Schröder does not want to comment on the rating. However, it should be in the high three-digit million range – with a lot of room for improvement, as Schröder himself emphasizes. “We founders still hold the majority of the shares with almost 60 percent.”

The fact that the company raises so much money at an early stage is not only due to investors’ hopes for profits from the energy transition. 1Komma5’s plans are cost-intensive: The start-up buys up electrician companies across Europe and modernizes them using software and IT. The electricians of the start-up then take care of the installation of solar systems, electricity storage and charging stations – lean and digitally organized.

In this way, Schröder wants to advance the sluggish expansion of renewable energies. Especially in Germany. “We want to be the first energy company that really offers everything from a single source – from the solar system to the electricity tariff,” explains Schröder. Consumers’ interest in renewable energies, which is already growing, has increased significantly again recently. The reason is the war between Russia and Ukraine. “People not only want to set an example against Putin, they are above all afraid that they will soon no longer be able to pay their bills,” said Schröder.

The model is a Tesla innovation

Because of the recent sharp rise in gas and petrol prices, people are always thinking about alternative energy sources. Electric cars, solar systems and heat pumps are increasingly paying off. “Of course we also benefit from this,” says Schröder. He assumes that his company will turn over around 200 million euros this year. Twice as much as originally planned. 1Komma5 currently has 13 locations across Europe, most of them in Germany. The startup currently employs 420 people. Many of them technicians.

However, it is important for Schröder not to be understood merely as a digital workbench for the energy transition. He sees 1Komma5 as a holistic tech company. Customers should not only be able to purchase the systems directly from the startup, but also receive a special energy computer for their own four walls. Customers can use this to make the electricity they produce available to other households, for example if the full electricity storage device at home remains unused during a holiday trip.

This is controlled via a software platform that 1Komma5 is also developing. In the long term, such a decentralized power grid could emerge beyond large providers such as RWE or Eon. A concept that the electric car and solar manufacturer Tesla has been pursuing for some time with its “Autobidder” software. “Tesla is a role model, but we’re just building a manufacturer-independent platform,” says Schröder. It should therefore be possible to use devices from various manufacturers and network them with one another.

But it will probably be a few years before that happens. Not only because, according to Schröder, there are currently several hundred thousand technicians missing in Germany alone. There is also still a great need for information on the customer side – energy crisis or not.

In order to make the concept behind 1Komma5 known to more people, Schröder relies on on-site advice. The startup is planning to open several showrooms in prime locations in major German cities. There customers should be able to test the technology of the startup. The first store near Hamburg’s well-known Jungfernstieg shopping mile is scheduled to open in July. Tesla once had a shop there in the immediate vicinity.