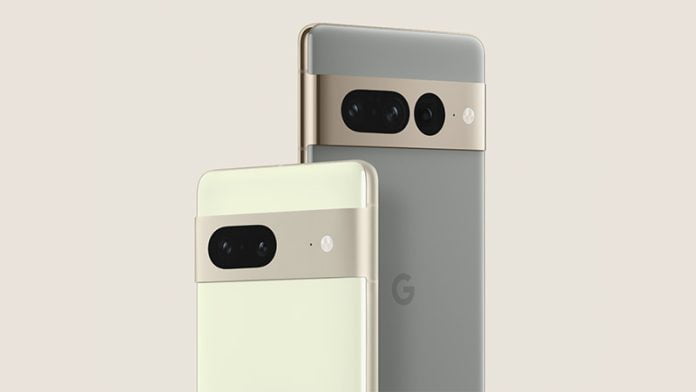 The Google Pixel 7 and the Google Pixel 7 Pro have hardly changed in terms of design compared to their predecessors. The smartphones still have two or three cameras on the back, which protrude slightly from the housing.

The front of the two devices differs only in the display size and the slight rounding of the display in the Pro model. The backs are protected by Gorilla Glass 7. The Pixel 7 Pro has a shiny aluminum back, while the standard version has a matte aluminum.

Both models are equipped with the Google Tensor G2, which is said to bring some improvements in energy efficiency and graphics performance. While the Pixel 7 has eight gigabytes of RAM, Google has equipped the Pro model with twelve gigabytes.

Both models are available in both a 128 gigabyte and a 256 gigabyte version. The internal memory should not be expandable.

The Pixel 7 has a smaller display than the Pro model (Image: Google)

The displays themselves hardly differ from the predecessors. While the smaller Pixel 7 comes with a 6.34-inch AMOLED display and a maximum refresh rate of 90 Hertz, the Pro model uses a 6.7-inch AMOLED panel with a 120 Hertz adaptive display refresh rate.

The real innovations are mainly in the cameras and in the software. Both Pixel 7 models have a new 10.8-megapixel front camera that supports “secure face unlock”. The main camera and ultra wide-angle camera remain identical to the Pixel 6 generation with 50 and 12 megapixels.

However, the Pro model uses an improved 48-megapixel camera. This now supports 4.8x optical zoom and a maximum of 30x digital zoom. Google calls this feature “SuperRes Zoom”. A macro mode is also enabled by the new 48-megapixel telephoto sensor, but only on the Pro model. 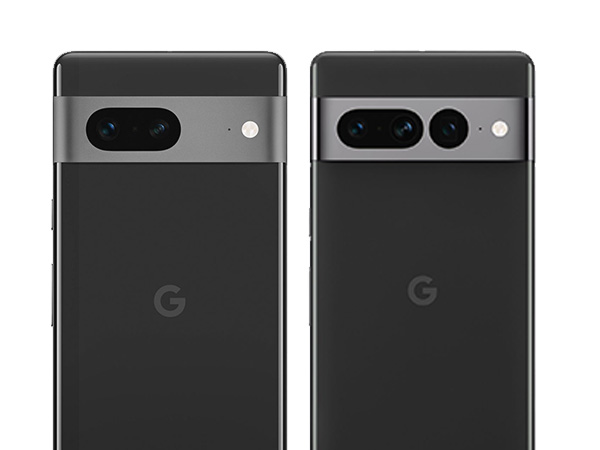 Meanwhile, both devices support a new video feature. Google calls this “cinematic blur”. This is a cinema mode that we already know from some Samsung smartphones and iPhone models. In addition, 10-bit HDR videos and improved skin tones in photos and videos are now possible.