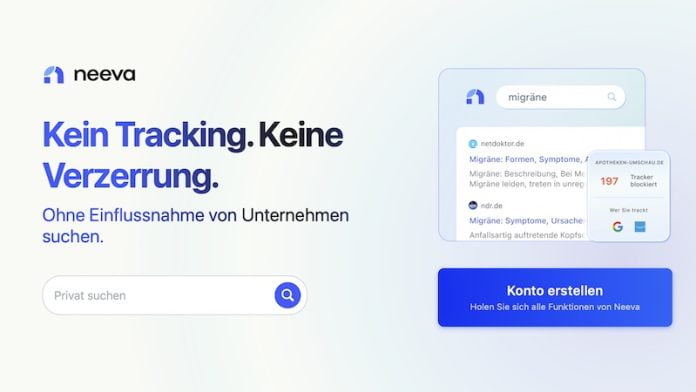 Two former Google executives have developed Neeva, an ad-free search engine. Anti-Google promises unadulterated search results and freedom from advertising at the same time. The search engine is now also available in Germany. But how is the model financed?

Google is the undisputed top dog among the search engines. In September 2022 alone, the Alphabet subsidiary achieved a market share of over 80 percent in the desktop version. When searching via smartphones and tablets, it was even more than 96 percent.

Other providers such as Ecosia and DuckDuckGo are having a hard time establishing their own search engines. Even Microsoft couldn’t seriously challenge Google’s supremacy with Bing. Especially since Google is installed by default on numerous devices. Two former Google managers have been trying their luck with Neeva for some time.

Neeva was founded in California in 2019. Behind the project are Sridhar Ramaswamy, former head of advertising at Google, and Vivek Raghunathan, former vice president of monetization at Google subsidiary YouTube.

In 2021, the search engine was already launched in the USA. Since then, the two founders have recorded around 600,000 users per month. But that’s nowhere near the top dog Google. However, Neeva has now announced its launch in Germany and wants to compete with Google in this country as well – including in France and Great Britain.

Google alternative: This is how the Neeva search engine works

As a kind of anti-Google, Neeva completely dispenses with advertising and tracking compared to the competition. The company’s goal is to provide accurate search results as quickly as possible. In turn, users can select different categories – for example news, shopping, software sites and travel.

In order to ensure the privacy of its users, Neeva says it does not use third-party tracking. Since the search engine completely dispenses with advertising and affiliate links, this only seems obvious. Neeva CEO Sridhar Ramaswamy said about the European launch:

Neeva is a user-centric platform focused on private, transparent search, as opposed to a search engine serving advertisers. The internet should be your private corner of the web, not a barrage of ads, SEO spam, and irrelevant information.

Unlike Google and Co., Neeva does not generate any income from advertising. In order to still be profitable, the alternative search engine wants to introduce a subscription model. Users should then receive additional functions such as a password manager and a VPN service for a fee, which is said to be around five euros per month.

It should also be possible to integrate applications such as Slack and Dropbox into the Neeva search to search for files and messages. In Europe, however, only the free basic version of the search engine is available to users so far.

How much Google is in Neeva?

Neeva markets itself as a kind of anti-Google. Other alternative search engines are also trying to differentiate themselves from the top dog. The ecological search engine Ecosia, for example, plants trees based on the number and income of search queries.

In contrast to numerous competitors who rely on or even depend on Google or Bing searches for their search queries, Neeva clearly distinguishes itself. Because the Anti-Google has its own independent search index and can still access billions of websites.