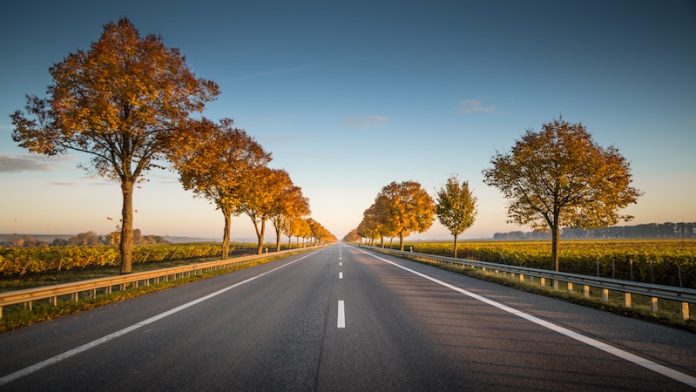 The Munich start-up Magmet has found a way to charge e-cars wirelessly. A new type of system promises electricity that comes from the street. The technology is to be used as early as this year and will charge e-buses overnight in the Munich area as if by magic.

Electromobility should help us to reduce CO2 emissions while still being able to move around as usual. However, it is often precisely at this point that there is a problem, because electric vehicles have to be plugged in after a relatively short time. Finding a charging station is not always easy.

The Munich start-up Magmet now has a solution for this. The name stands for “magnetizable cement” and describes exactly the concept of the Oberhachinger company. Magmet’s corporate website states:

We believe in zero-emission, electrified transportation and vehicles that can charge where they drive, not drive to charge.

The company’s charging system is in the ground and charges e-cars from the street, so to speak – and without cables. In an interview with the Süddeutsche Zeitung, Magmet CEO Mauricio Esguerra explained how the system works.

This is how the electricity comes out of the street

Magmet was founded in 2015 and has specialized in producing so-called “MagPads”. These are slabs made of concrete and recycled magnetic particles. According to Esguerra, these ferrites are metallic materials whose components in turn include iron, nickel and zinc oxide.

Cast in concrete, the ferrites create a magnetic field that wirelessly transports the current to the vehicle. The electricity comes into the ground via a coil, which is surrounded by magnetized concrete. “It works like an induction cooker or like putting your phone on a charging pad,” explains Magmet CEO Esguerra.

In addition, passers-by do not have to worry about the magnetic fields. Animals or people could just walk over the plates without anything happening. Induction only begins when the receiver battery of an e-vehicle is directly above the system. The magnetized concrete then directs the electric charge precisely upwards.

While the system is relatively novel, the materials used are not. Mauricio Esguerra explains that ferrites have an extremely high reject rate of seven percent. It’s like ceramics. As soon as there is a crack or tear, the material is sorted out.

This would result in around 500,000 tons of rejects per year worldwide – in other words, whole mountains of unused, energy-intensive material. But Magmet’s innovation doesn’t even start there. Because this material has long been crushed and mixed into concrete for road construction as a functionless aggregate.

“This has the advantage for us that we don’t have to set up our own factories and there are also no high transport costs.” The special thing, however, is that the ferrites make the concrete more stable and therefore more durable. By recycling, this technology saves resources such as CO2.

Magment wants to charge e-buses as if by magic

In the coming months, the municipality of Oberhaching wants to test the new system with its electric buses. They are currently being retrofitted with the necessary receiver boxes on the lower edge of the vehicles. This means that the e-buses will no longer need any cables to charge in the future.

However, the wireless charging system should not only be used in e-buses. A Munich hotel chain also wants to test the system on their rental scooters. Customers can use an electronic display to see which scooters are fully charged and ready to drive.

While Magmet’s wireless charging system has the advantage of no longer having to plug in electric vehicles for charging in the future, only one percent of cars are currently electrified at all. Hyundai was the first company to announce that it wanted to equip some models with induction charging options.

And even if the vehicles were to be upgraded, the system still had to be built into the floor. The Federal Ministry of Transport expects total costs of 14 to 17 million euros per kilometer.

For this reason, the charging system should first be installed where vehicles stop frequently, such as at train stations. Magmet is constantly researching its technology to improve the magnetic performance of the disks, thereby also facilitating mass production.

In cooperation with other companies, the Munich start-up is testing various “stops” and test tracks in both Germany and the USA. So it could soon be the case that e-vehicles can be charged while driving instead of being charged at certain locations.