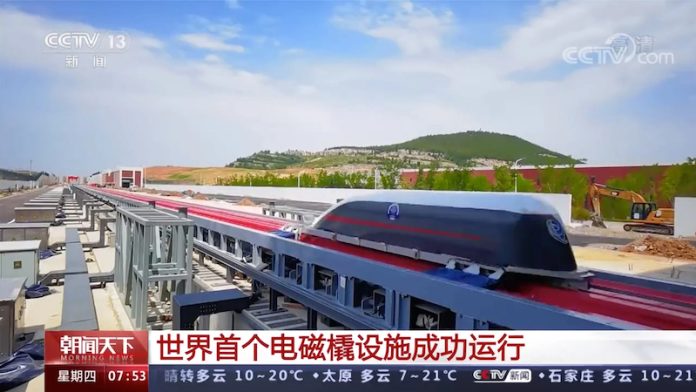 In China, what is now the fastest magnetic levitation train in the world has almost reached the speed of sound, setting a new speed record. This opens up new possibilities for the mobility of the future.

Our mobility behavior is constantly changing. While cars were essential for previous generations, many young people are now switching to public transport. But in order to live sustainably, other alternatives are needed – for example to airplanes.

Because many attach more importance to a shorter travel time than to sustainability and, for example, fly from Munich to Hamburg instead of taking the train. This also has to do with partially cheap flight prices. In other countries there are already alternatives to the classic train on rails – for example magnetic levitation trains.

Meanwhile, engineers in China recently tested what is probably the fastest magnetic levitation train in the world. The first reported about the achievement South China Morning Post. While classic trains in the People’s Republic reach speeds of up to 431 kilometers per hour, the magnetic levitation train travels almost three times too fast at 1,030 kilometers per hour.

This is the fastest maglev train in the world

The magnetic levitation train almost reached the speed of sound, which is around 1,236 kilometers per hour. The tested system achieved 83 percent of the speed of sound. This enables sustainable travel over long distances.

This would make it possible, for example, to travel from Munich to Hamburg in around 50 minutes – a real alternative to flying. And that is also the goal of the Chinese government. Because just like in Europe, the risks of climate change have been recognized and they want to replace aircraft in the long term.

The test track on which the new system was tested has another special feature. It is the first in the world to work with electromagnetic fields and thus offers an even better translation of electricity into magnetic force.

Not only China is working on new rail systems

But China is not alone in its push. Other nations are also working on rail systems that enable speeds beyond the speed of sound. In the United States, the US Air Force tested a sled bolted to rails that accelerated to five times the speed of sound in the New Mexico desert.

But there is a clear difference to the Chinese system. Because the researchers in the USA used a rocket engine.

So it remains to be seen whether and to what extent magnetic levitation trains can prevail in the long term. So far there is no such project in this country. Earlier projects – such as in Munich – rejected by Deutsche Bahn and the government due to lack of profitability. But that doesn’t have to mean the end of the technology.