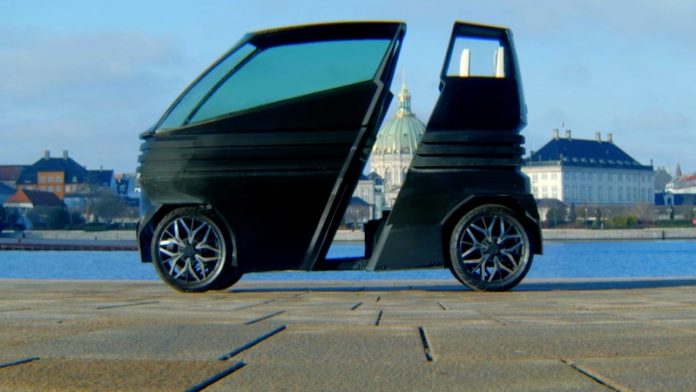 The Danish start-up iEV Motors has developed a length-adjustable electric car. The small car with the name iEV Z can be transformed from a one-seater into a two-seater in a very short time. In the compact version, the mini-electric vehicle fits into almost any parking space.

The Danish company iEV Motors is not the first start-up that wants to score with an inexpensive and compact electric car. But the iEV Z from the Scandinavian manufacturer has a crucial special feature. The highlight: thanks to a length-adjustable body, the mini-electric vehicle can be transformed from a one-seater into a two-seater.

Because the front and rear part of the electric car can be pushed apart using a mechanism. This not only changes the length and number of passengers in the vehicle, but also offers more storage space for luggage, for example. The mechanism also makes it possible to get into the mini Stromer.

In terms of size, the iEV Z can best be compared to a Smart. However, the mini electric car from the Danish start-up iEV Motors is much narrower and, at 1.98 meters in length, also slightly shorter.

If the previous prototype proves its worth, the extendable electric car, which weighs only 220 kilograms, could be approved in the lightweight construction class. Meanwhile, a five-hp electric motor powered by a battery provides the drive.

The range should be between 60 and 80 kilometers. With a larger battery, the capacity can also be doubled. iEV Motors specifies the charging time as around three hours. According to official information, the process should only take around 15 minutes with optional quick-charging technology.

According to the manufacturer, the iEV Z should be permanently connected to the internet. Using a corresponding app, users can locate and open the vehicle. Interested parties can already pre-order the extendable electric car for a fee of 100 euros.

The iEV Z will then be officially presented at the end of 2022. The Danish manufacturer gives a list price of 5850 euros. However, it is still unclear whether series production will actually take place. However, the previous prototype still has to prove itself and be optimized.