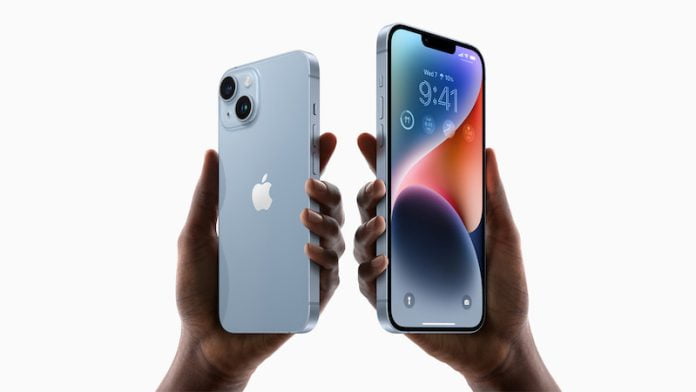 Surprisingly, Apple has released its new function “Emergency SOS via satellite” in the USA and Canada. In Germany, too, users of the iPhone 14 models should be able to use the feature from December 2022. However, the satellite emergency service could be chargeable.

In September 2022, Apple already announced that the US and Canada should get a new iPhone 14 feature: “Emergency SOS via satellite”. However, the new function was only planned for later in the year.

Now the tech group surprised with the news that the satellite emergency call is now available in North America. Apple also announced that the feature will also be available in Germany, France, Great Britain and Ireland from December 2022.

With emergency call SOS via satellite, iPhone 14 users are able to connect to emergency services – even if there is no cellular or Wi-Fi coverage.

In addition, users can also use the “Wo ist?” app via satellite. This allows them to share their whereabouts with family and friends while they are off-line.

Some of the most popular travel destinations are off the beaten path and lack cell phone coverage. With emergency call SOS via satellite, the iPhone 14 family offers an indispensable tool that brings users the help they need, even if they have no cell phone reception.

We are convinced that the new function will give customers a little more peace of mind.

This is how emergency call SOS works via satellite

The new feature is available for every model in the iPhone 14 range. Through a combination of specially developed components and deeply integrated software, the device can establish a direct connection to a satellite. The device does not need any additional software or protocols to enable communication.

Users in need have to answer short questions about the situation

Users in need can request a satellite connection via a button. To do this, those seeking help must answer a few short questions. According to Apple, this can be done with just a few fingertips.

This vital information is intended to help the emergency services quickly get a picture of the situation on the ground and the location of the person.

iPhone tells users how to align the phone

After that, the iPhone’s interface shows where to point it to connect and then sends the first message.

Users are then connected directly to emergency call centers that are equipped to receive text messages. There are also switchboards with emergency specialists trained by Apple who can contact emergency services if text messages are not an option.

This is how the answers to the quick questions, the information about the location and the battery status of the phone are transmitted. The emergency pass is also sent if the function is activated. 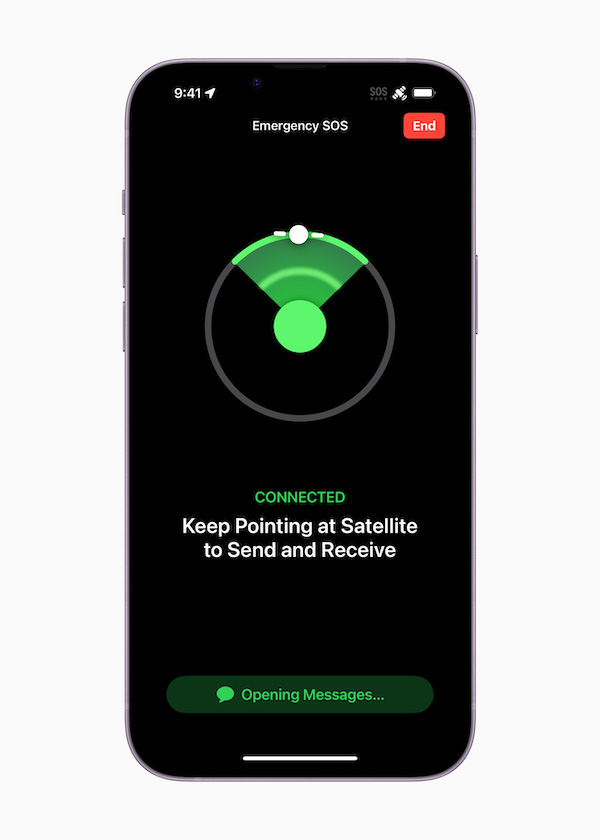 Additionally, the transcript can also be sent to emergency contacts to keep friends and family in the loop.

Make an emergency call within 15 seconds

It should only take 15 seconds to send and receive the emergency call via satellite. For people who want to test the feature first, Apple provides a built-in demo. This allows users to connect to a real satellite within range without actually calling emergency services. Apple said:

Emergency SOS via satellite will be useful not only for those living in rural areas without cellular coverage, but also for those affected by a natural disaster that shuts down cellular networks.

In order to make the service available, Apple invested 450 million US dollars in cooperation with satellite operator Globalstar. The function uses the spectrum of the L and S bands, which the ITU specifically provides for mobile satellite services.

When users place an emergency call, the corresponding message is received by one of the 24 Globalstar satellites, which travel in low Earth orbit at a speed of approximately 26,000 kilometers per hour.

The satellite then broadcasts the message to ground stations located at points around the world.

Emergency SOS via satellite could be chargeable

While the new feature could be extremely useful in emergency situations, there seems to be a catch. As Apple previously reported, the service is only free for two years from the time an iPhone 14 is activated.

However, Apple has not yet announced what the new function will cost afterwards.