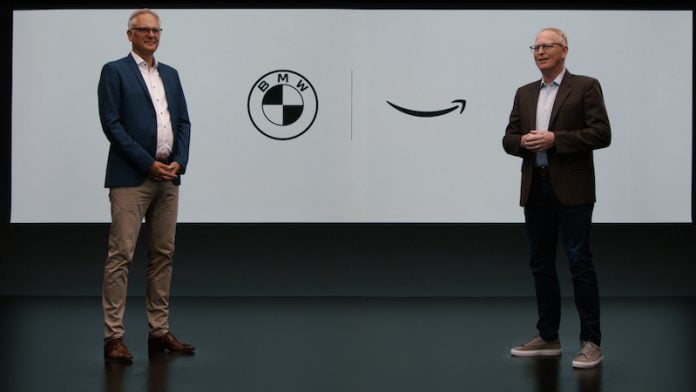 BMW wants to deliver its vehicles with its own language assistant in the future. Amazon’s Alexa should form the basis for this. The backgrounds.

Intelligent language assistants such as Amazon’s Alexa, Google’s Assistant or Apple’s Siri have become an integral part of everyday life for many people. Especially in the smart home area, the systems offer barrier-free access to the services of the company.

But language assistants are already being used in many vehicles. With Android Auto and Apple CarPlay, Google and Apple already provide two entertainment systems for vehicle manufacturers.

Amazon, on the other hand, has taken a slightly different approach. With the so-called Alexa Custom Assistant, the company offers vehicle manufacturers the opportunity to develop their own system based on Alexa.

BMW is building its own language assistant based on Alexa

BMW is now following this path. Instead of making itself dependent on the systems from Google and Apple, the carmaker wants to develop its own system based on Alexa. In principle, all the functions of Amazon’s voice assistants are available to the company.

With its own signal words such as “Hey BMW”, certain voices and other options, a BMW language assistant is to be created by 2024. The reason for the decision is that many customers want Alexa to be integrated into their vehicles.

Despite the integration of a BMW Alexa, Amazon’s car strategy appears to be somewhat incomplete. Because the company does not offer its customers a direct user interface, but relies on the car manufacturers. However, the US group has also concluded contracts with Lamborghini and Rivian in recent months.

All those who do not own a car from the manufacturers mentioned can use the Amazon Auto dongle to get a voice assistant in their own car. This is a rectangular box that, in combination with a smartphone, brings Alexa into the vehicle.