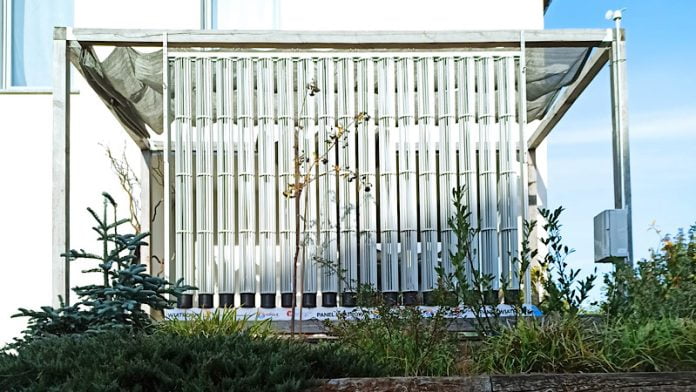 Wind energy is considered a sustainable energy source. A Polish start-up has therefore developed wind turbines that look like a garden fence. With the new system, private individuals should also be able to cover the entire energy requirement of a household in the future.

The world is currently undergoing extreme change. Above all, the climate crisis is a constant focus of political and social discussions.

According to a report by the Intergovernmental Panel on Climate Change, this decade will decide on the effects of climate change and thus also on the future of mankind. However, electric vehicles, wind and solar energy could still prevent catastrophic climate change.

With their project, a group of Polish founders is now showing how private individuals, among other things, can help to achieve the climate goals by switching to sustainable energy sources Wind Panel – in German: wind panels.

The “Panel Wiatrowy” project was founded in 2018 in the Polish city of Opole by Tomasz Gruszka, Rafał Juszko and Arkadiusz Zemlak. With their expertise in the areas of energy, heating and air conditioning technology, IT and investment banking, the founders invented a new type of turbine system that looks relatively similar to a garden fence.

A fence fragment of the new system consists of several vertical wind turbines and is available in lengths of one to four meters. The wind turbines already work efficiently at wind speeds of between one and ten meters per second. And that would be like the magazine The First News writes in a report about the Polish start-up, the case in Europe on 80 percent of all days.

Compared to photovoltaics, the garden fence that works with wind energy has the advantage that it also generates electricity at night and on cloudy days. And efficiency increases even in winter, when vegetation is not so lush and air masses move more easily.

Both company premises and private households can benefit from the technology. Because ten meters of the system can generate around one kilowatt of electricity. Homeowners who fence their property with the system could generate the entire annual energy requirement.

The wind turbines produce hardly any noise. Thus, according to the founders, the wind energy garden fence has no negative impact on human health, the landscape or the environment.

With its versatile use, the product should contribute to the decentralization of the power grid, accelerate the electrification of road traffic and reduce smog in cities.

With the “Panel Wiatrowy” turbine system, the Polish founders want to integrate the next generation of wind power systems into everyday life. Thanks to the efficiency of the system, emissions from the private household sector could quickly be reduced to a minimum.

The start-up was selected by the jury of the ING Poland was awarded a promotional prize, which is endowed with 300,000 Polish zloty (about 63,000 euros).