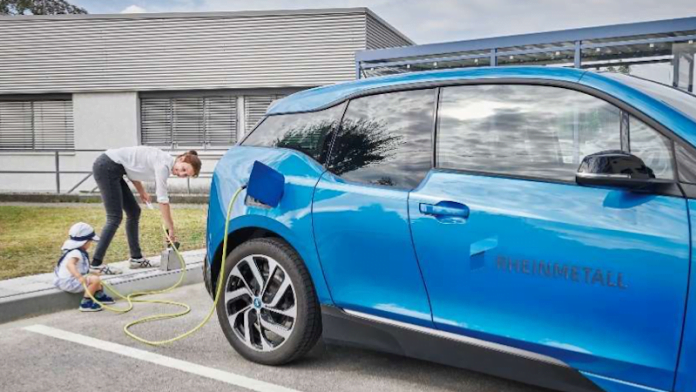 Rheinmetall has presented a new type of charging station for e-cars. The system should be able to be unobtrusively integrated into cityscapes. We are talking about curbs, which should offer the possibility of charging electric cars in the future.

In October 2022, the number of e-models sold was around 308,300. But there is still one problem in many inner cities: the charging infrastructure. While electric vehicles were rarely parked at the designated charging stations until 2019, many are now almost always occupied.

The expansion of new charging points has also often stalled recently, because a lack of space is a major problem. But the Rheinmetall technology group wants to change that with a new type of system. We are talking about a curb that should also act as a charging station to charge electric cars.

Electric cars charge from the curb

The curb should be part of a modular system and offer a charging capacity of 22 kilowatts. Existing systems can be expanded by using the open charging protocol OCPP. The advantage of the technology is obvious: it is relatively small and blends inconspicuously into the cityscape.

The technology can then apparently be retrofitted without any problems. In addition, Rheinmetall emphasizes the service life and durability of the charging station, which should withstand any load in everyday life.

Charging e-cars: the first pilot project in the coming years

A first pilot project will start in the coming years. Until then, the company would like to carry out further tests and thereby demonstrate the security of the technology. Nevertheless, we are running out of time, because by 2030 there should be one million public charging points in this country.

In addition, it remains exciting to what extent the charging point performs in terms of durability. Because classic curbs often suffer in everyday life. Trucks in particular damage some of them. The new loading system would therefore also have to withstand short-term loads of several tons.