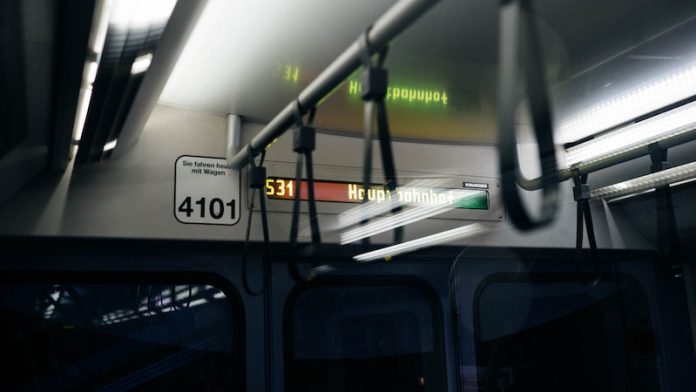 In the context of the climate crisis, the discussion about public transport is picking up speed. Everywhere there is agreement that this must be strengthened in order to counteract climate change. However, I believe this is a completely wrong thinking.

Local public transport, or ÖPNV for short, is currently on everyone’s lips. Not only because of the 9-euro ticket, which turned out to be a great success with users, but also a great challenge for the operators.

But I’ve been wondering for a long time whether this way of thinking isn’t wrong. Wrong because we need future-oriented solutions for the upcoming challenges. And I can’t see that when I’m calling for more public transport. I would now like to explain how I came to this opinion.

Public transport is not a model of the future

We can learn that from the 9 euro ticket

But this supposedly quick and easy fix isn’t good on closer inspection. On the one hand, the 9-euro ticket shows the problems that exist. Because a very cheap offer was created, which is used by many people (I myself am a big fan of the 9-euro ticket and use it a lot).

However, the operators were not prepared for the onslaught of passengers. There are no new connections and buses and trains are not just getting faster and bigger. In addition, the clock rates cannot simply be increased.

One could say that all this could still be changed. But that’s exactly what I have my doubts about. Because for higher cycles you need more staff. And that’s already close.

New connections for street or subway lines cannot be created just like that. The excessive bureaucracy in Germany ensures that such construction measures take years, if not decades, to be implemented.

This may be easier for bus lines. But here, too, at least new buses are needed, which poses investment problems for the notoriously cash-strapped municipalities in Germany.

And finally, we have the cost. If you really want to make public transport more usable, then it has to be cheaper. Above all, there needs to be a rethink here. The provision of public transport services should be a service provided by the state to its citizens and not in return for the payment of a fee.

Public transport costs should be borne by citizens

At the moment, however, the state does not want to afford the one billion that the 9-euro ticket costs a month. Very surprising, because this ticket actually does exactly what the federal government wants to achieve: bring more people to public transport.

The whole thing is really strange, one might think. Instead, there should again be a cost recovery through the ticket price, whether 39, 49 or 69 euros is not yet clear. However, this will be a rude awakening, because the success of the 9-euro ticket is due to the combination of price and ease of use. If one component is omitted, the offer quickly becomes less attractive.

What should mobility in Germany look like in the future?

That may not sound spectacular at first glance. But if you think about it further, it quickly becomes clear what impressive advantages public transport would have if it didn’t rely on buses and trains as before, but on autonomous e-vehicles.

On the one hand, you have to take into account that the expansion of public transport in its current structure will take many years. For example, the city of Würzburg has been planning a new tram line 6 since 2009. In 2021 it was announced that construction would start in 2024 and the new line should go into operation in 2027.

Assuming a typical delay of one to two years, line 6 will start transporting people through the city around 2029. The total construction period is 20 years. And that’s not only the case in Würzburg, but such planning periods apply everywhere in Germany.

Nothing is as inflexible as public transport

But does this new tram line even make sense? The problem with such means of transport is that they offer an inflexible offer. The stops are unchangeable, just like the frequency of the running trains. However, people are becoming more and more used to flexible mobility offers.

Anyone who has ever taken an Uber knows what I mean. Because no taxi can compete with the clarity of prices, flexibility of booking and journey times.

Of course, one can now say that we are comparing apples with pears here. Because a tram or subway line can score points, especially when it comes to price – they are simply much cheaper.

But isn’t that the error in reasoning? Trams and subways are operated by the public sector. Uber, Lyft and Co. are private companies. As such, they are for-profit. But what would happen if the municipalities or even the Federal Republic of Germany were to make a nationwide range of self-driving cars available?

What does the future look like without public transport?

Let us imagine such a future for a moment. In a city, there would be a multitude of self-driving cars of different sizes. These vehicles use the roads that have been optimized for this purpose.

Tracks do not have to be laid for this, it is sufficient to provide the software and the vehicles. Citizens book such vehicles flexibly for all their needs, be they trips to the doctor or to go shopping. And all this not only in the inner cities, but also in the surrounding villages.

In addition, this offer would suddenly create a cost-effective replacement for one’s own car without making any concessions in terms of flexibility, frequency or price – the municipality does not have to maximize profits, but only provide an offer that covers costs. Ideally even free of charge if the municipality would recognize public transport as a right of citizens.

What’s more, such a move would give self-driving cars a tremendous boost. If the Federal Republic of Germany could pull itself together to convert public transport to flexible autonomous vehicles, then their development would progress rapidly.

And there would be another effect: Germany would suddenly be at the forefront when it comes to shaping the future.

Let’s not just rethink mobility, but with a clear view of the future. Let’s leave inflexible offers that are expensive and involve a great deal of effort and let’s create a new public transport system that gives people a flexible, cost-effective and environmentally friendly option.

Simply expanding public transport will not save the environment. But a new way of thinking about mobility could do it.#

Carsten Lexa is not only a lawyer for corporate and contract law, but was the world president of the G20 Young Entrepreneurs’ Alliance, the largest association of young entrepreneurs in the G20 and host of the G20 YEA digitization summit for the Wirtschaftsjunioren Deutschland in Berlin. At the invitation of the European Commission, he took part in the European SME Summit several times. He wrote down his experiences with the developments of digital change in the book “Fit for the digital future”, which was published by Springer Gabler-Verlag in 2021.