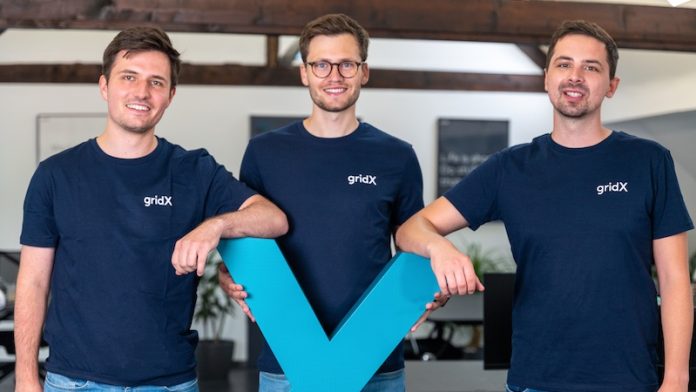 The goal of the Munich start-up GridX is to digitize the energy industry. The company wants to connect resources and make renewable energy accessible and affordable everywhere. In our location portrait we take a look behind the scenes of GridX.

The digital start-up GridX was founded in 2016 by Andreas Booke and David Balensiefen. Since then, the company’s goal has been to digitize the energy industry. The start-up wants to connect energy resources to make renewable energies accessible and affordable across the board.

A platform for managing energy resources

With the in-house energy platform Xenon, users can, for example, monitor and control decentralized energy resources. This applies to wall boxes, batteries and inverters. The system takes the capacities of the power grid into account.

For example, gridX wants to charge e-cars in public spaces as efficiently as possible without overloading the local power grid. With the GridX system, users can also manage energy digitally and split it between different charging points.

This is how the Munich digital start-up Gridx works

If the general consumption in a certain area drops, for example, several electric cars can be charged at the same time or with a higher power. The company wants to optimize charging processes and use available capacities efficiently.

In 2021, the energy group EON took over the majority stake in the start-up. However, GridX remained independent and is still managed by the two founders. The company now has 75 employees and, in addition to Munich, has a second location in Aachen. In our location portrait we take a look behind the scenes.

The co-founders chose the name GridX because they both want to promote exchange and want to connect everything together. “Everything” is also often represented as an X. (Photo: Company)