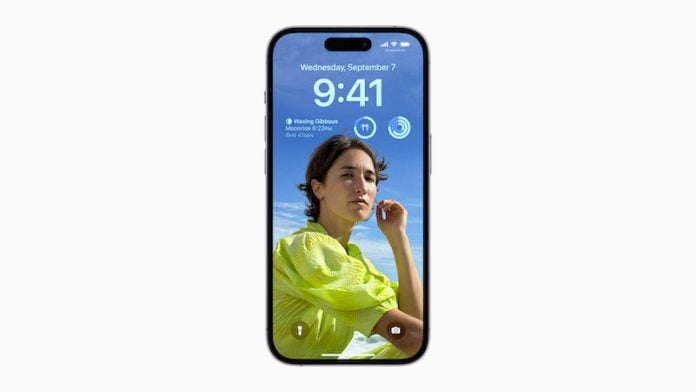 Shortly before Christmas, Apple released iOS 16.2, a new feature update for the iPhone. The US company is thus adding some features that should already be included in iOS 16. In addition, the new iPhone software closes some security gaps.

Apple only releases a major feature update for the iPhone once a year. Most updates usually only contain security updates. But this year it’s different.

With iOS 16.2, Apple has now released a new software version that closes security gaps and also brings some new functions. These are features that should actually be included in iOS 16 and that the company is now delivering.

If you install iOS 16.2, you will automatically receive a new app for your iPhone with the update: Freeform. The application is like a kind of whiteboard and, according to Apple, should enable and optimize “creative brainstorming and collaboration”.

When the app is opened, a white surface appears on which users can paint, write and take digital notes. The special thing about it: Freeform is primarily intended to enable collaboration with several people.

To this end, the US group has integrated the FaceTime app into the application, which users can use to exchange information. Synchronous storage in iCloud is also possible.

Also on board: A karaoke mode for Apple Music. It was previously possible to display lyrics for certain songs and to let them run along. However, the Apple Music Sing function now allows vocals to be turned down so that, for example, you can almost only hear the instruments.

Numerous songs on Apple Music are also suitable as karaoke versions thanks to the new feature. Meanwhile, Apple Music Sing is available to all Apple Music subscribers. This applies to both the iPhone, the iPad and the AppleTV 4K. However, the feature is not available for Apple Music Voice.

With its new update, Apple is also bringing the “Emergency SOS via satellite” function to all iPhone 14 models. In addition to two new widgets for the lock screen, iOS 16.2 also includes security updates. For example, the new iPhone version alone is said to fix around 30 bugs.

This applies to numerous system areas such as accounts, the iTunes Store, Safari and the WebKit. In some cases, it was possible to run arbitrary code over some vulnerabilities. With iOS 16.2, that should now change. However, Apple does not provide more detailed information on the individual fixes and software gaps.

iOS 16.2 has been available for free download since December 13, 2022. Apple traditionally recommends timely installation. The new iPhone update is available for all models from iPhone 8 onwards. The version can be downloaded via the device settings under “General” and “Software update”.

With iPadOS 16.2, the US group has also released a new update for the iPad. The new iPad software is available for all Pro models, all iPads Air from the third generation and all iPads and iPad Minis from the fifth generation. According to Apple, the new Mac update macOS Ventura 13.1 fixes more than 30 security vulnerabilities on corresponding devices.