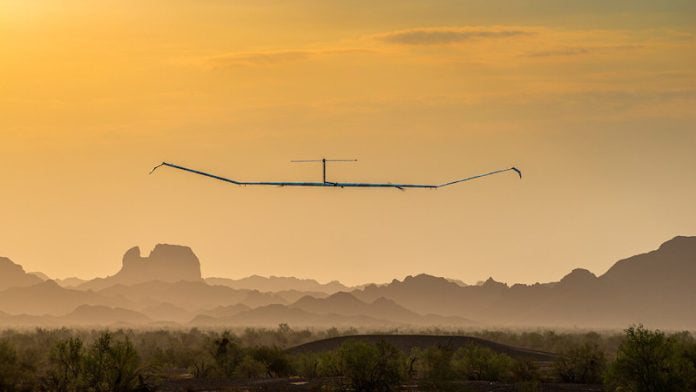 The solar-powered Airbus Zephyr S has broken its own record. The unmanned solar airplane has been in the air for 26 days without interruption.

The unmanned Airbus Zephyr S has broken its own record. The unmanned aircraft has been in the air continuously for 26 days.

As the BBC reports, flight data shows that the Zephyr has already flown from the United States to Belize and back again. In 2018, the solar aircraft set the record for the longest flight of an unmanned aerial vehicle.

The Airbus Zephyr S is powered by solar energy. Additional on-board batteries keep the plane in the air at night. This means that he does not have to take breaks to refill fuel.

The goal is to demonstrate the aircraft’s energy storage capacity, battery longevity and solar cell efficiency, a spokesman for the United States Army Futures Command told Technology Magazine The Drive. The team is also testing the Zephyr’s ability to maintain its location.

Record flight not over yet

To avoid commercial air traffic and bad weather, the Airbus Zephyr S flies very high. The aircraft can reach a height of up to 23,200 meters.

Its construction is specially optimized for flight at extreme altitudes. With a wingspan of 25 meters and a small central fuselage, the Airbus Zephyr S weighs only around 75 kilograms. Light enough to be carried by a small group of people to help launch.

Zephyr was originally developed by the British defense company Kinetic. Since 2013, however, the project has been managed by the European aerospace consortium Airbus. The aircraft is initially designed for use in the military sector. However, the drone could also be used in other situations – for example in disaster relief.

The flight of the Zephyr S is not over yet. However, Airbus did not provide any information on how long the aircraft should remain in the air. As the BBC reports, the flight path of the Airbus describes the letters “UK” and the outline of the Stonehenge formation.