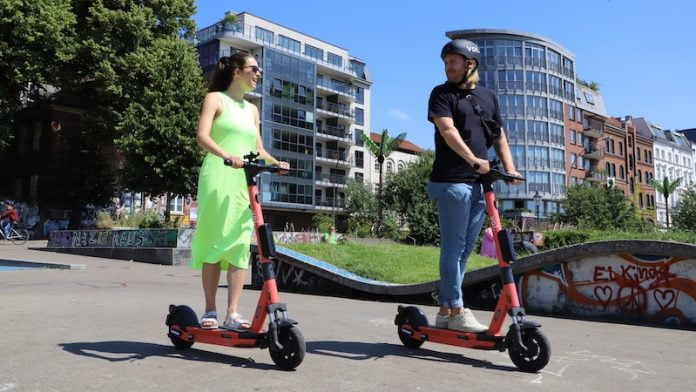 In everyday life, e-scooters are often overlooked by passers-by because they are almost silent. In cooperation with a charity for blind people, British researchers have now developed a universal sound for e-scooters to help pedestrians recognize the hay-rushing vehicles.

They have also been on German roads for several years: e-scooters. The electronically powered scooters are very popular, but are also viewed critically. Because short distances can be bridged in an uncomplicated and entertaining way.

But there are always accidents, some of which are serious. In addition to drunk drivers or use by two people, perception is also a problem. Basically, an e-scooter makes hardly any noise. You can only hear quiet driving noises up close.

As a result, collisions occur because, for example, passers-by who are distracted by their smartphones and visually impaired people simply cannot see or hear the hay rushing e-scooters. Like the British newspaper The Guardian reported, but this is likely to change in the foreseeable future.

Similar to electric cars, e-scooters will soon generate an artificial driving noise. Researchers at Royal National Institut for blind people have investigated different solutions. Because noises that are too loud and noticeable are unpleasant for other road users.

However, if the sound is too quiet and barely perceptible, then there is no point in using it. In several experiments, noises were tested, sometimes discarded or further developed. The researchers cooperated with both a charity for blind people and the e-scooter provider Dott.

In order to find the perfect driving noise, the scientists exposed several test subjects to a VR environment. As soon as the test subjects saw a moving source of danger, they pressed a button. The researchers tested their reaction time. A so-called broadband sound then achieved the best results.

The sound is a mix of low and high frequency tones. There is also a modulated tone. The result is a backdrop that is perceptible but not disturbing.

This should be comparable to spinning car tires on a road. The fine-tuning of the frequencies will soon take place in Europe. Variations of the noise are to be used in different cities. The feedback from passers-by should ultimately decide on the perfect mix.