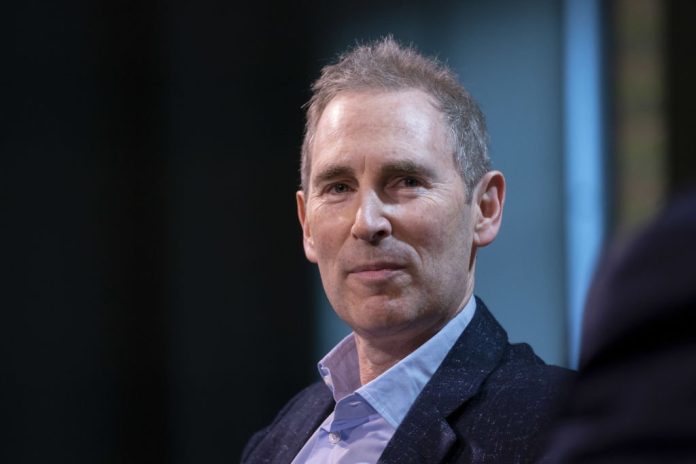 The online retailer ended up in the red mainly because of the write-off of the Rivian shares. Also: Apple reports a record for the first quarter and Twitter’s figures are also impressive.

Amazon posted its first quarterly loss in seven years, shocking investors. Although the tech company’s revenue increased by about 7 percent from January to March, this growth was significantly lower than in previous years. Many consumers returned to their pre-pandemic habits, spending more in-person in stores. The bottom line is therefore a minus: Amazon lost $3.8 billion in the first quarter, compared to a profit of $8.1 billion a year ago.

In addition to the slump in online shopping, the poor numbers were also due to higher costs due to inflation and problems in the supply chain. Above all, the write-down on the shares in the electric car manufacturer Rivian hit the books with 7.6 billion dollars. The Rivian papers had lost a lot of value in the first quarter. Amazon shares also suffered from the poor quarterly figures and have since fallen by more than ten percent – also because the outlook for the current quarter looked rather bleak. [Mehr bei Handelsblatt, Wall Street Journal und CNBC]

on Founder scene: Startup tech for war? Investors and politicians in Germany have so far paid little attention to this. That annoys founders Florian Seibel: The drones of his startup Quantum Systems are now also in demand at the federal level, but it was a long way to get there. Initially, the company was even denied funding. Editor Fiona Mathewson spoke to Seibel about the hurdles. [Mehr bei Gründerszene]

Apples revenue grew to $97.28 billion in the first quarter. That’s almost nine percent more than a year ago, a new record for the quarter that ended in March. Still, shares fell nearly four percent in extended trading after Apple CFO Luca Maestri warned of several challenges in the current quarter, including Covid-19-related supply shortages, that could hurt sales by $4 billion to $8 billion. Demand in China in particular could fall as a result of the Covid-related lockdowns. Apple CEO Tim Cook added that the company is “not immune” when it comes to supply chain challenges. [Mehr bei Bloomberg, Techcrunch, The Verge und CNBC]

Twitter also reported first-quarter earnings in one of its last reports as a public company, after the board approved Tesla CEO Elon Musk’s $44 billion offer. The company missed analyst estimates for revenue, reporting $1.2 billion in revenue versus the $1.23 billion analysts were expecting, according to Refinitiv. However, it beat estimates for earnings per share by four cents. Overall, the bottom line was $ 513.3 million in profit. After more users were active because of the war in Ukraine, the short message service was also able to increase the number of users by 16 percent to 229 million. Twitter shares were up 1 percent on Thursday. [Mehr bei Handelsblatt, CNBC und The Information]

Snap launches a flying camera. The camera, called Pixy, is a pocket-sized device with no controller. Instead, users tap a button to send Pixy into one of four preset flight paths. The device levitates, orbits or follows the user, takes photos and videos, and finally lands back in the user’s palm. Videos and pictures from flights are automatically transferred to the Snapchat memories. There they can then be edited and shared on any other platform. The new product will be available Thursday in the US and France for $229.99. [Mehr bei The Verge und CNBC]

Robinhood has reported a higher-than-expected loss and shrinking revenue for the first quarter. The online brokerage reported a loss of $392 million, or 45 cents a share, for the three months ended March. This is down from a year ago when Robinhood was down $1.4 billion. But at the same time, sales also fell by 43 percent and were only 299 million dollars. “Our larger customers remain active,” CEO Vlad Tenev said in a conference call with investors and analysts. But they would work with smaller credits. “With the uncertainty in the market, our clients have become more cautious with their portfolios.” Shares of the company fell more than 11 percent in after-hours trading, hitting an all-time low. [Mehr bei Bloomberg, The Information und CNBC]

Die IntelShares fell four percent in extended trading on Thursday after the chipmaker issued a lower-than-expected forecast for its fiscal second quarter. In the first quarter, the company was still able to post sales of more than 18.35 billion US dollars – analysts had expected 18.31 billion – but the future does not look as rosy as the stockbrokers would hope. Intel CEO Pat Gelsinger told analysts in a conference call that he expects the industry to see challenges through at least 2024. [Mehr bei CNBC, The Information und Wall Street Journal]

Our reading tip on Gründerszene: Jenny Saft supports women and men when they want to have children. VCs invested in the idea of ​​their Berlin startup Apryl (formerly Oviavo) over four million euros, including Atlantic Labs and Breega from Paris. We’ll show you which pitch deck convinced them. [Mehr bei Gründerszene+]