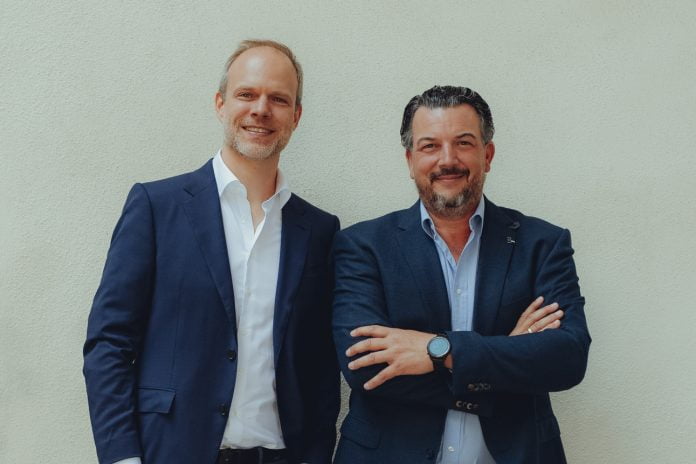 Five years ago, the ex-StudiVZ CEO developed a tool that trains call center employees. His startup i2x has now completed the next round of financing.

Three years after the last capital injection, the Berlin startup i2x has secured another investment. The tech company received eleven million euros from Michael Brehm. Only the venture debt fund Bridge to Growth from Berlin and entrepreneur Heiko Hubertz, who founded the company after the dot-com bubble and earned millions with browser games, are newcomers. Various old shareholders such as UVC Partners, HV Capital and Btov Partners increased their shares again.

The investment is not a bridge financing, emphasizes Brehm in an interview with Gründerszene. “We don’t need gigantic rounds for what we’re doing now.” His startup i2x has designed an artificial intelligence that is used in call centers. The tool records the conversations, transcribes them and sends the employees feedback on them in real time. For example, specific wording suggestions on how to lead to topics or which inquiries you no longer have to follow. People see the instructions in a small window on their computer screen. According to Brehm, the AI ​​also says how good the pronunciation is or how emotional and empathetic the caller received the caller. The aim is to optimize language and sales, to increase customer satisfaction and thus sales.

Annual sales in the single-digit millions

The startup charges a monthly license fee from the companies in which the AI ​​is used. According to Brehm, companies such as Vodafone, insurance companies and banks use the software. On the sales side, i2x recorded a “clear seven-digit amount” this year, according to the series founder. However, he will not be more precise. The aim is to have only “a slightly negative” annual result in the coming years. According to the latest balance sheet in the Federal Gazette, the loss in 2020 was 3.6 million euros. The year before, the Berlin startup posted a deficit of five million euros.

The former CEO of the former Facebook competitor StudiVZ has big plans: “It’s not just about improving call centers, but also about developing an AI in the medium term that is on the level of the human brain.” His vision is that intelligent language technologies will be everywhere apply where people talk to each other. His company wants to invest up to 100 million euros over the next five years to at least expand communication analysis and real-time coaching. The money should be taken primarily from sales.