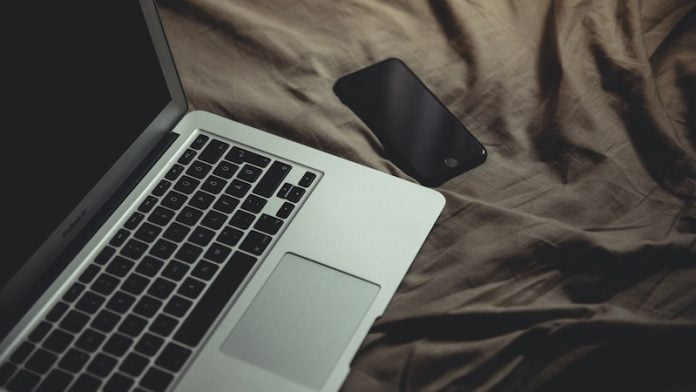 More and more people are still surfing the Internet late in the evening and are thus delaying going to bed even longer – even though many are already in bed. Scientists call this phenomenon “bedtime procrastination”. But why do you do that? And: What consequences can this have?

Just a quick check of Instagram and then I put the smartphone away because it’s actually already bedtime. Although: If I ever hold it in my hand, I could quickly do the overdue update and answer a few WhatsApp messages. And what’s actually going on on Twitter?

Many people feel something like this when they go to bed – although perhaps not quite as extreme. There has been a name for this phenomenon in science for several years: bedtime procrastination. The term stands for delaying bedtime, which in turn causes sleep deprivation.

Bedtime procrastination: when the smartphone robs us of sleep

The Dutch social and behavioral researcher Floor M. Kroese from the University of Utrecht probably coined the term for the first time in 2014. In the meantime, bedtime procrastination has found its way into many other scientific articles.

A relatively general definition has been established. Accordingly, bedtime procrastination occurs when falling asleep is firstly actively delayed, secondly, there is no good reason for it, and thirdly, people are aware of the negative consequences of this behavior.

However, the phenomenon is not always unique to smartphones. Video games, televisions or computers can also rob us of sleep. The same applies to analogue activities such as sports or reading. However, researchers have only registered bedtime procrastination since technical devices have become socially acceptable and have come to dominate our everyday lives.

As Kroese’s remarks suggest, smartphones and the like ultimately even contributed to the emergence of the phenomenon. Classic procrastination is the basis for bedtime procrastination and lack of sleep due to technical devices.

But why are we doing this? The answer and thesis of the researchers: From a lack of self-control and because we don’t have ourselves under control. In an interview with the specialist magazine National Geographic said the stress management expert and psychotherapist Anna Höcker:

People who have a lot of freedom of action in their job – i.e. executives, managers, students and freelancers such as lawyers, architects or journalists – are particularly at risk of procrastination in general.

So far there have been few studies on the sub-topic of bedtime procrastination, but a study by Floor M. Kroese and his colleagues suggests that the phenomenon is relatively widespread.

According to the study, 25 percent of 2,637 respondents said that they went to bed later than originally planned at least once a week – even though there was no good reason for it. Again, more than two-thirds said they found this behavior problematic because they suffered from fatigue.

But why do we allow ourselves to be tempted to do this anyway? Some scientists believe that the phenomenon is not solely due to a lack of self-control. According to an in Frontiers of Psychology According to a published study, so-called night owls are more prone to bedtime procrastination than people who are generally considered to be early risers.

As opposite to psychotherapist Anna Höcker National Geographic expressed that the phenomenon was a learned one that could also be discarded again:

If you find that you are often stuck on your cell phone, internet, Netflix and Co., avoid them from about half an hour before bedtime.

Höcker’s tip: Reduce the time of possible “procrastination dangers”, fight the supposed danger and, for example, do not take the smartphone to bed at all. Certain relaxation rituals would also help to return to a healthy sleep rhythm.