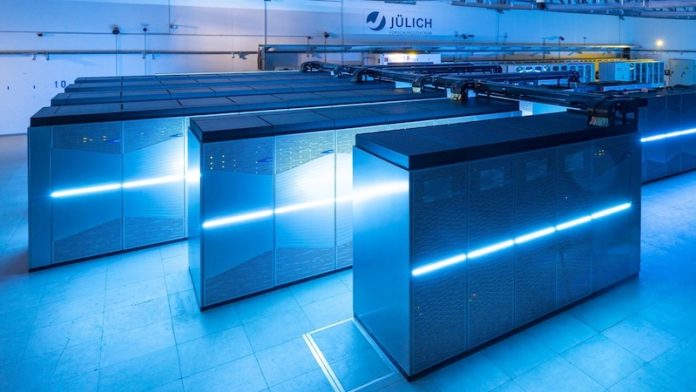 In the “Good News” we present positive news of the week. We focus on the topics of technology, social media, marketing and business. Our good news this week: A super solar cell, the fight against fake news, Instagram youth protection and a supercomputer to combat climate change.

But bad news is also good for business. Because they attract more attention. With our “Good News” we would therefore like to regularly present you with positive news from the previous week that may have been lost. The update for the second week of June 2022.

A supercomputer against climate change

Forschungszentrum Jülich receives the first so-called exascale computer in Europe. The supercomputer called “Jupiter” is said to be able to perform a trillion arithmetic operations per second. For comparison: That roughly corresponds to the computing power of five million modern laptops or PCs.

The first European exascale computer is primarily intended to help clarify scientific questions about climate change and the fight against pandemics. The cost of the supercomputer is around half a billion euros. From 2023, it is to be installed in a building at Forschungszentrum Jülich.

Instagram wants to better protect minors on its network. A so-called “nudging” function, which will initially be introduced in the USA, Great Britain, Ireland, Canada, Australia and New Zealand, is intended to help with this. According to the Instagram parent company Meta, the aim is for children and young people to consume less toxic content.

The platform is also working on a so-called “Take a Break” feature. It aims to encourage children and young people to spend more time away from the app. Instagram itself said: The feature aims to “encourage teens to explore something new and exclude certain topics that can be associated with the comparison of appearances.”

With Meta, Google, Twitter and Co., a total of 30 companies have committed themselves to taking tougher action against fake news. The companies thus officially recognize an updated EU code of conduct. In addition to the tech companies, advertising agencies have also signed the document.

They all commit to stepping up action against fakes such as deepfakes, fake accounts and political advertising. Those who do not comply with the obligation face high fines of up to six percent of global sales.

Researchers from the Fraunhofer Institute for Solar Energy Systems (ISE) have developed a super solar cell that can convert almost 50 percent of the sun’s energy into electricity. In terms of efficiency, the cell is significantly higher than previous solar panels, which have around 30 percent.

The researchers thus achieved a new record. The reason for the higher efficiency lies in the structure of the technology. Sunlight consists of waves that move in a so-called spectral range. Depending on the material and composition of the cells, the panels absorb a certain spectral range and convert it into electricity.

In the future, robots could heal our bodies from the inside out

Researchers at Stanford University have developed a method that mini-robots can use to heal our bodies from the inside out. Medication can also be dispensed. The robot moves in the body through magnetic fields.

By generating an external magnetic field outside the body, the robot can be controlled specifically by the human body. Maneuvers are possible both forwards and backwards. The same applies to the targeted release of medicinal substances at a specific point.