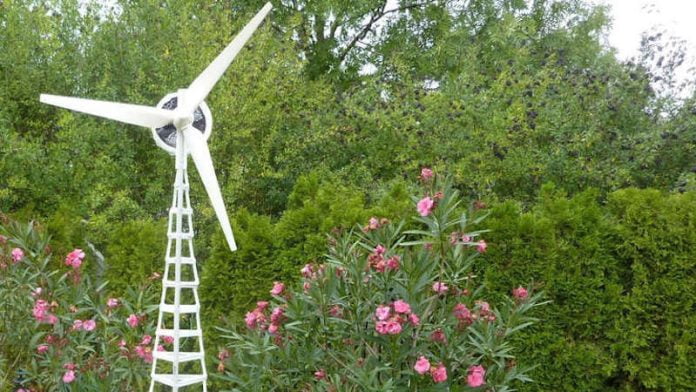 Pensioner Horst Bendix from Leipzig has developed a wind turbine on his own that is up to three times more powerful than conventional wind turbines. The size plays a decisive role.

This year is all about renewable energy sources. After we became more and more aware of our dependence on fossil fuels, a rethinking gradually sets in. Since then, many countries have been consistently expanding their capacities in wind and hydropower as well as in the solar sector. Innovative developments in the industry make it possible.

However, the development of even better wind turbines does not necessarily require a large company with a budget in the millions. This is now demonstrated by a retired engineer. Because rider Horst Bendix from Leipzig asked himself how even more profit could be made from the technology. Ultimately, he developed a completely new prototype.

The innovative wind turbine is currently still in the garden at Bendix, but is already contributing to the family’s power supply. What is special about the technology is that it can generate around three times as much energy as comparable systems. The height of the rotor blades makes it possible.

Because the larger a wind turbine is, the higher the yield is usually. While there is usually only a gentle breeze on the ground, high-altitude winds are significantly stronger. However, the stability of a system limits the maximum construction height. With the Bendix construct, however, wind turbines with a height of over 200 meters could become a reality.

The construction makes it possible. So that the wind turbine does not bend and collapse in the long term, the engineer’s wind turbine has three supports and a solid foundation. Bendix also installed the generator at the foot of the system. In commercial systems, this is usually located directly on the rotor blades.

If the system is scaled, future plants could generate around 20 to 30 gigawatt hours per year. Current systems, on the other hand, have an output of around ten gigawatts. For the 92-year-old Bendix, one thing mainly counts: He would like to see his system in use in the coming years.